Trending
You are at:Home»Reef Conservation»Dolphins and Sharks Gathering Near Shore, Fleeing Oil Spill 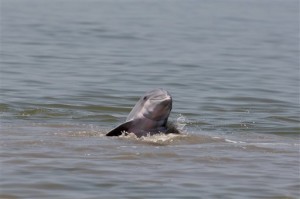 The effects of the massive (and continually growing) BP oil spill on local wildlife are becoming more widespread. At the onset of the spill, the media focused on shorebirds, marsh areas, and the impact on tourism, but now a little light has been cast on local sharks and dolphins. According to a recent AP article, dolphins, sharks, and other animals are starting to show up in shallow waters. These animals are congregating around piers and in the shallows in an attempt to escape the oil spill. The presence of these animals in the shallower waters is alarming, as it means that their natural habitat is very badly polluted. Additionally, the massive influx of animals creates a strain on their new location. Food resources may become scarce, as can the oxygen content in the water. 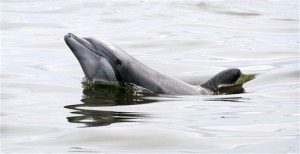 Also in this article by the Associated Press is a tally of dead animals. Remember though, this is just the number that has been counted. Most of the animals have probably disappeared into the wild and will never be counted.

Day by day, scientists in boats tally up dead birds, sea turtles and other animals, but the toll is surprisingly small given the size of the disaster. The latest figures show that 783 birds, 353 turtles and 41 mammals have died — numbers that pale in comparison to what happened after the Exxon Valdez disaster in Alaska in 1989, when 250,000 birds and 2,800 otters are believed to have died.

Researchers say there are several reasons for the relatively small death toll: The vast nature of the spill means scientists are able to locate only a small fraction of the dead animals. Many will never be found after sinking to the bottom of the sea or being scavenged by other marine life. And large numbers of birds are meeting their deaths deep in the Louisiana marshes where they seek refuge from the onslaught of oil.

All images from the Associated Press.