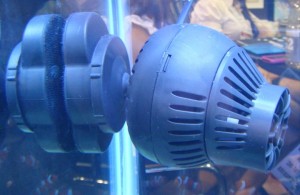 JBJ USA, the makers of the NanoCube and a whole slew of other aquarium equipment, is revamping their product line to include several more items. First up on the chopping block is the all new JBJ Ocean Stream water pumps. These pumps feature a paddle impeller, which according to JBJ will allow for maximum water flow with “random buffering”. It is claimed that this random water flow created by these pumps won’t cause tissue damage or blow sand all over the place, despite putting out 1600 gph for the higher end model. In addition to the new impeller, these pumps will also feature magnetic mounting hardware, which won’t give out like suction cups will. Unfortunately, there’s no word yet on the maximum aquarium thickness the magnets will be able to handle, but I’m sure they will be able to handle a majority of applications. 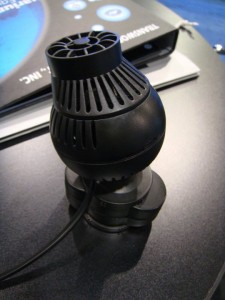 Another notable feature of these pumps is their ability to be used on wave makers, or more specifically the JBJ Ocean Pulse Duo and Qaudra systems. The Ocean Streams were specifically designed to be used with these wavemakers and will even be sold together as a package. Currently, there are only two models available, one that will put out 1600 gph and one with 500 gph. Pricing and energy consumption for these pumps hasn’t bee released yet, but I’m sure those figures will be surfacing shortly. 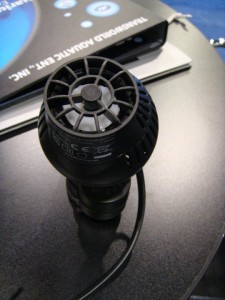