Trending
You are at:Home»General»Fish Feel Pain, Study Proves the Obvious 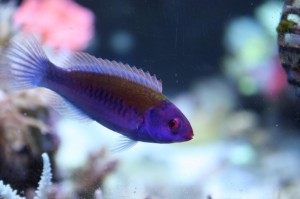 According to a recent Discovery News article, Penn State University professor Victoria Braithwaite has finally “proven” the long suspected notion that fish, do in fact, feel pain. While the idea of fish feeling pain may seem like something of a no-brainer, many scientists have struggled to find ways to prove the obvious. The first evidence for this ability is the fact that fish have the same kinds of specialized nerve fibers that mammals and birds use to detect pain. Additionally, when fish were presented with painful stimuli, they changed their behavior. When the painful stimuli were removed, the fish again changed their behavior.

Braithewaite originally took on this project as her concerns over fish-farming grew. Since so many fish are consumed annually, farming them is becoming more common. Because of this, the fish aren’t getting treated in a humane way. Braithewaite argues that because birds and mammals have protections against pain and suffering, so should fish. She argues that fish caught for food purposes need to be killed quickly and cleanly, allowing for as little suffering as possible.