Trending
You are at:Home»General»Aquariums Can Be Bad for Your Health 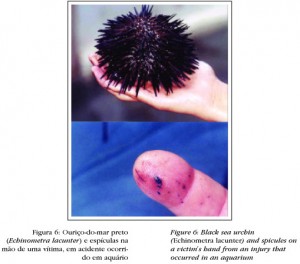 I came across an article called “Having a Fish Tank Can Make You Healthier” on That Fish Tank Place. Their article obviously described all of the benefits of the aquarium to one’s health, which included lowering blood pressure in seniors, decreasing the amount of sedatives required for dental patients, and calming down children with attention deficit issues. There are multiple other benefits to having an aquarium, but I wanted to take the opposite approach and add my own little fun spin to it.

Because aquariums require so much attention, hobbyists are constantly putting their hands into the tank. Simply putting your hands into the aquarium exposes you to loads of bacteria, fungi, and toxins. Doing this is especially dangerous if you have an open wound, or if there is potential for you to get cut, and believe me, there are a million different ways to get a small hand injury in a saltwater aquarium. You might brush against a sharp rock, get poked by a sea urchin, or even get stung/bitten by one of your fish. Open wounds are bad news in aquariums. Palytoxin, found in Palythoas and Zoanthids, can cause numbness, paralysis, or even death if it is rubbed into a wound or ingested in some other way. Staphylococcus aureus is also known to be present in aquariums and is a leading cause of staph infections. 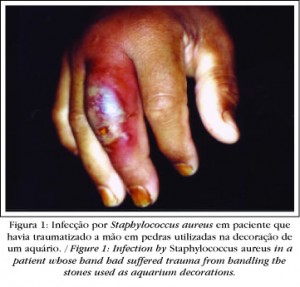 In addition to physical trauma, aquariums can be a significant source of stress. They are huge money pits, since successful saltwater aquariums require habitual attention and maintenance, along with plenty of expensive equipment. A endless need for buckets of salt and an intense electric bill all zap your wallet, and the lack of extra funding can be stressful. This added stress could lead to health issues and the lack of funds might also prevent you from getting the needed care in the event of an emergency.

Additionally, many hobbyists tend to “get into the zone” with regards to rearranging rock work or trying to catch an elusive fish. They might bypass eating or sleeping, choosing to work long hours into the night in order to accomplish their goals. This too could lead to health issues, since sleep and a healthy diet are necessary for keeping sickness away.

I have personally experienced small injuries while working with aquariums. In the worst of these injuries, I had a tiny cut on one of my fingers, didn’t realize it. I continued to toil away at a local fish store and my personal aquariums, all the while not realizing what the risks really were. I ended up getting a very bad infection, one that caused my entire index and middle fingers on my left hand to swell to the point I could not move them. An emergency room visit occurred, as did medication. It was a very painful experience and it has forced me to take the extra precaution that we should all be taking.

Images above taken from the article Cutaneous infections and injuries caused by traumatic and venomous animals which occurred in domestic and commercial aquariums in Brazil: a study of 18 cases and an overview of the theme.