Trending
You are at:Home»Aquarium Equipment»Hands on With the MarineLand Reef Capable LED System 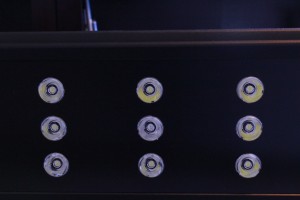 As I pulled into my driveway after returning home from work, I noticed a rather large package at the front door. Digging through my thoughts trying to remember if I had ordered anything, I was confused as to what the package was. Curiosity taking hold, I brought the box in, tore through it with cautious excitemet, and discovered that I had actually been sent a Reef Capable LED Lighting System from the crew at MarineLand. The light we received is the 48-60″ model, and is very reminiscent of the Single Brite LED we reviewed a few months ago. It is paper thin like the Single Brite, and shares the same built-in legs for setting the fixture on top of an aquarium. Unlike the Single Brite however, each of the LEDs in the Reef Capable system have a reflector and a plastic bubble that envelope the diodes. This not only improves light output, but also protects the lights without needing a massive protective guard on the bottom of the whole fixture. 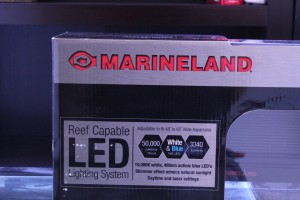 Continue reading below for our initial verdict, thoughts on where the light could use some improvement, and lots more pictures (some with corals too!).

Our initial verdict:
I was very impressed with the PPFD output of this fixture. We saw a peak of around 120PPFD at the bottom of our testing aquarium, which has a depth of 16″. This amount of light is perfectly capable of sustaining a reef aquarium, so the descriptive phrase “Reef Capable” certainly fits in this case. The energy efficiency of the light should also be noted. Each diode, of which there are 54, is merely 1watt, allowing the Reef Capable light fixture to operate with less than 60watts.

Where we would like to see improvements:
Much like the Single Brite we reviewed, we would have loved to see two power cords and two switches so that the white and blue lights could be operated independently. The light is also lacking in front-to-back coverage of the aquarium because it is so thin. This will mostly likely prompt hobbyists to buy a second fixture to provide light to the entire tank, depending on tank width and coral placement of course.

As with all of the products we are sent for review, we will continue to use this item over a functioning aquarium and determine how well it performs. So far we are pleased with the Reef Capable fixture from MarineLand, and we expect it to perform well. Be on the lookout for more pictures and a few videos down the road, as well as a full writeup on the fixtures PAR output. 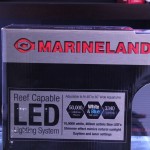 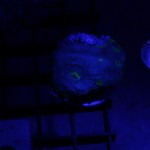 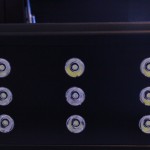 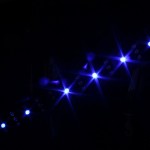 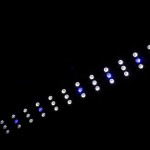 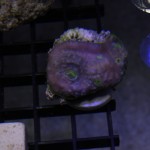