Trending
You are at:Home»Aquarium Livestock»Reef Aquarium Photography – Part 4 (The Use of Aperture) 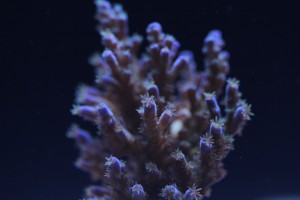 A while back we started a series of articles about Reef Aquarium Photography. In Part 1, we discussed the difficulties of capturing the fish and corals with our cameras, as well as which equipment to consider if you want to take good pictures. Part 2 focused on camera modes, ISO settings, aperture, and white balance. The last article in the series, Reef Aquarium Photography Part 3, highlighted a few of the different lenses commonly used to photograph corals and fish. After writing these three articles, I began to discover a few more features that make a big difference in how the images turn out. The most important of these discoveries being the use of aperture, which is described below.

View more information on aperture, f-stops, and depth of field below. Followed by that is a gallery of images showing off different f-stops.

In a nutshell, aperture is used to change both the depth of field and the amount of light that reaches the image sensor. As the f-stop decreases, denoted as f/2.8 or some other number, the aperture increases. This allows more light into the camera and changes how blurry the background looks compared to the focal point. When I first got into aquarium photography, I was advised to use as low an f-stop as possible. This would give you a very small depth of field, meaning the background would be very blurry but the foreground sharp and in focus. This technique is mostly used to draw the most attention to the subject of the image. However, after months of experimenting, I’ve found that increase the f-stop, which by consequence decreases the aperture and broadens the depth of field, really captures reef aquarium livestock very well. The background isn’t blurred, allowing photo viewers to see more detail in the aquarium.

To illustrate my point, I have multiple photos (below) showing off the different f-stops of my camera and lens. The images are all of the exact same coral from the same distance, with the camera mounted to a tripod. The pictures are ordered from lowest f-stop to highest. Notice how the background becomes less blurry as the f-stop increases. Also notice how the images get darker as f-stop increases. 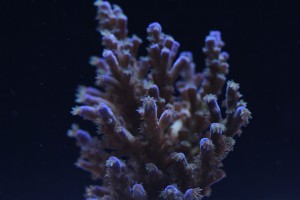 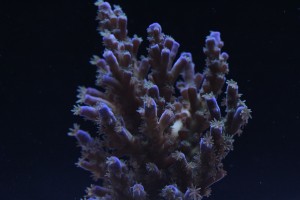 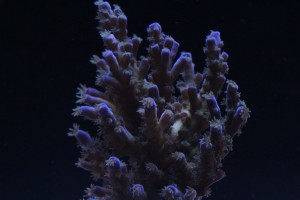 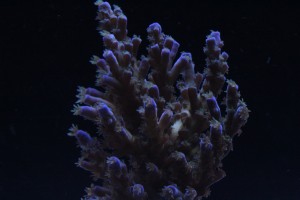 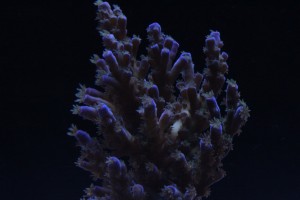 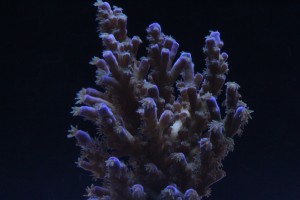