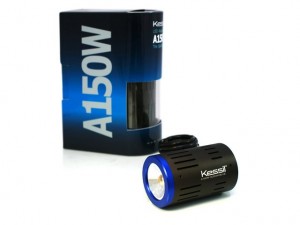 Kessil, a company that specializes in plant illumination for indoor farming, has ventured into the aquarium world with their new A150W LED Aquarium Light. Kessil employs botanists and biologists, along with physicists, illumination engineers, and optics specialists, so you know they mean business. The new LED light uses Dense Matrix LED technology to recreated a single point-like source of light, which provides an intense shimmer effect like metal halides but without all of the heat issues.

The new Kessil aquarium LED will come in three different spectrums, with the color outputs being 10000K Sky Blue, 15000K Ocean Blue, and 20000K Deep Ocean Blue. The LED light will use around 36watts of energy and will cover an area of about 24″. The lights will retail for approximately $250, with the Ocean Blue already available to purchase. The other two models will be available later this year. 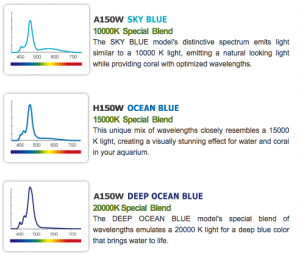 More pictures can be seen below. 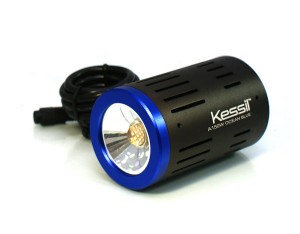 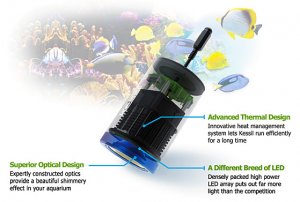