Trending
You are at:Home»Aquarium Livestock»Behold the Crazy Picasso Clarkii Clowns 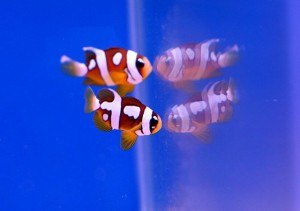 Move over Amphiprion percula, you aren’t the only Picasso game in town anymore. UK-based Ocean Corals recently acquired two pairs of these gorgeous Picasso variant Clarkii clowns and have shown them off to the reef keeping world. The juvenile clowns have warped stripes and spots that are very reminiscent of the Picasso Percula clowns, with the added white caps on top of the eyes. The presence of Picasso Clarkiis should really come as no surprise though. With all of the wild variations of clownfish on the market, seeing these traits show up across multiple species should actually be expected, especially since commercial and hobbyist breeding is continually showing signs of growth.

The British fish store has indicated that they have sold one pair, but plan on keeping the second in hopes they will breed and give off similar looking offspring. The pair that was sold fetched a measly £175, which translates to roughly $300. I would actually expect the sticker price on these fish to be more, considering they aren’t as widespread as the standard run-of-the-mill Picasso clownfish, but you’ll never see me complain about prices being too low.

More pictures can be seen below 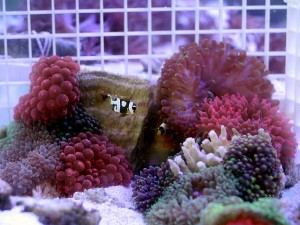 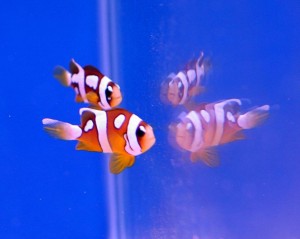 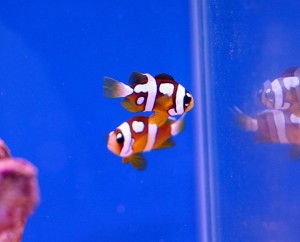 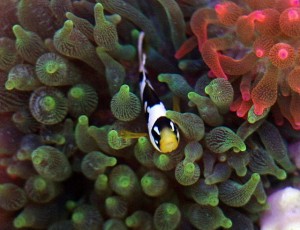