Trending
You are at:Home»Reef Conservation»Fiji vs Tonga to Rights of Minerva Reef 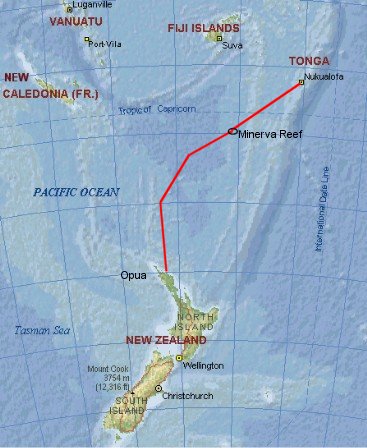 According to Fiji Reef Resources, a large section of reef, known as Minerva Reef, is caught in the middle of a tug of war between Fiji and Tonga. The reef, which is north of New Zealand, was originally owned by Tonga. Despite the ownership status, Fiji is now laying claim to the area. Apparently the reef is rich in minerals and interested parties from South Korea, China, and Australia look to harvest these minerals. And because Fiji has much lighter restrictions on reefs than Tonga, the area is expected to get lots more traffic, lots of equipment, and lots of potential damage to the reef ecosystems.

The ownership of a large section of reef north of New Zealand is now being disputed between Fiji and Tonga. Tonga previously held ownership and now Fiji is laying claim. The area is a popular stopping place for tourist. The reef in the area is rich in minerals and is being staked out by interested parties from South Korea, China, and Australia for “prospecting rights to the area.” One thing is for sure, the reef will again be damaged if not destroyed by human interference through boating, pollution, and mineral harvesting.