Trending
You are at:Home»Aquarium Livestock»Mauritian Flasher Wrasse Shows Up Stateside for First Time 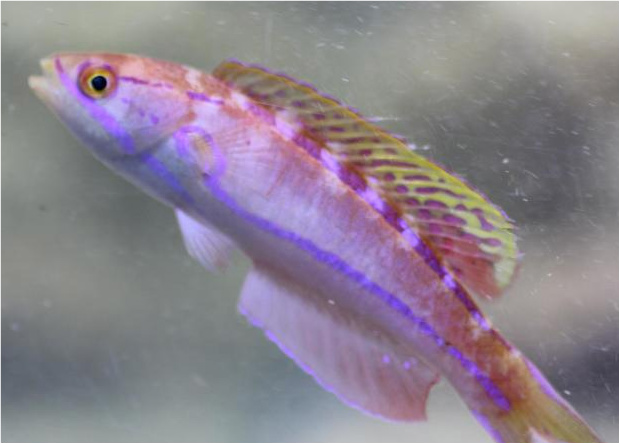 According to Randy Donowitz of Reefs.com, the Mauritian flasher wrasse (Paracheilinus piscilineatus) has finally found its way to the United States. This species has occasionally shown up in the tanks of Japanese importers in the past, but this is the very first time one has shown up in the states, and luckily it isn’t just one that was imported. According to the original story by Randy, the fish were imported by Dominick Cirigliano of Diamonds of the Reef. While we are unsure of exactly how many individuals were brought in, at the very least a pair of these rare wrasses have shown up, though we suspect several were brought in just by judging from the language from the original source. The male Mauritian flasher wrasse, like most males of any fish species, is particularly colorful and has been known to fetch a price tag of around $1500.

The reason the Mauritian flasher wrasse is so rare and pricey is due to the fact that it has such a limited range. They don’t necessarily come from deep waters like most super rare fish, but to date, the only known area these fish can be found is the waters off Mauritius. This tiny island nation is found on the southeastern coast of Africa, a little over 550 miles east of Madagascar.