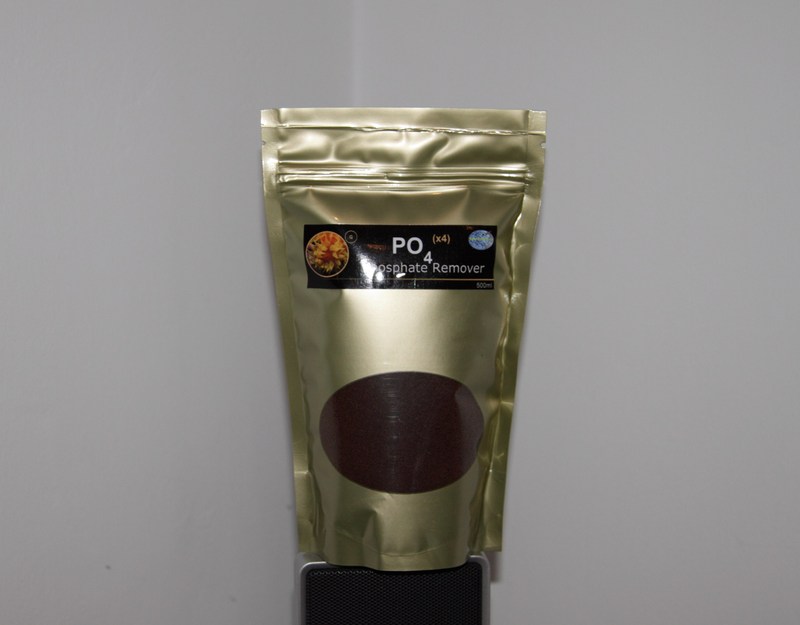 Aquarium Specialty recently announced they started carrying a brand new phosphate removing media whose manufacturer claims it can actually remove four times as much PO4 as traditional GFO media. Called PO4x4, the media consists of a polymer that is bound to high purity FeOH2. Both the polymer and the iron have the ability to bind phosphate, and in each other’s presence, the efficiency of phosphate binding is increased. Also increasing the efficiency of PO4x4 is that it contains only iron hydroxide. Normal GFO consists of a mixture of iron hydroxide and ironoxide, with the ironoxide being less effective at binding PO4. And one of the best features of the new PO4x4 is its ability to be regenerated, up to 20 times. The PO4x4, as well as traditional GFO, can be regenerated wit sodium hydroxide (NaOH). However, this compound isn’t very effective at the regenerative process, and limits your ability to reuse the media to only 6 times. To fix this and make your phosphate removing media last longer, the manufacturer of PO4x4 has a special buffer that can regenerate the PO4x4 up to 2o times, and possibly even more.

The PO4x4 is currently available to purchase from Aquarium Specialty in 250ml and 500ml sizes. The 500ml volume will remove 3 ppm of phosphate and silicate from roughly 8,000 liters of  saltwater.

A video of the media in action can be seen below.