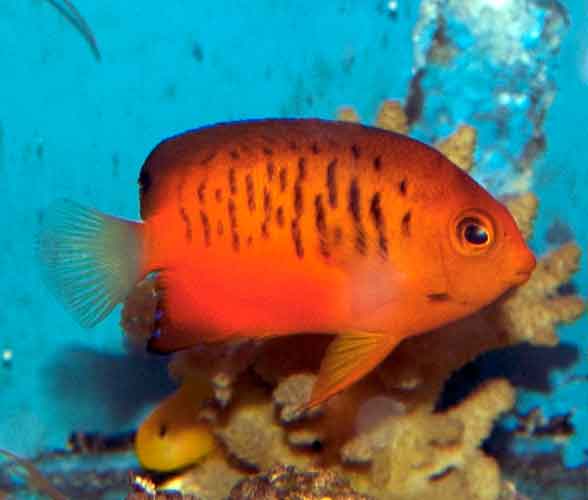 Dwarf angelfish are quite common in the hobby nowadays, especially flame angels and rusty angels which both emanate from overlapping areas in Indonesia. Despite their regularity in the trade, a hybrid between the two different species certainly isn’t common, except in the aquariums of Ocean Gallery II. The New Jersey-based fish store recently acquired not only one, but four of these gorgeous mixed-species individuals. As any true hybrid, these fish show characteristics from both parent species, but traits from one parent are often represented more than those of the other. The overall appearance favors the Flame Angel, especially given the orange coloration, vertical black stripes, and the faint blue hints on the posterior tips of the dorsal and anal fins. The Rusty Angel, on the other hand, seems to dilute the vibrancy of that orange coloration a little and causes the black vertical bars to not be as dominant. A few spots also show up on these fish courtesy of the Rusty Angel.

A couple more images can be seen after the page break. 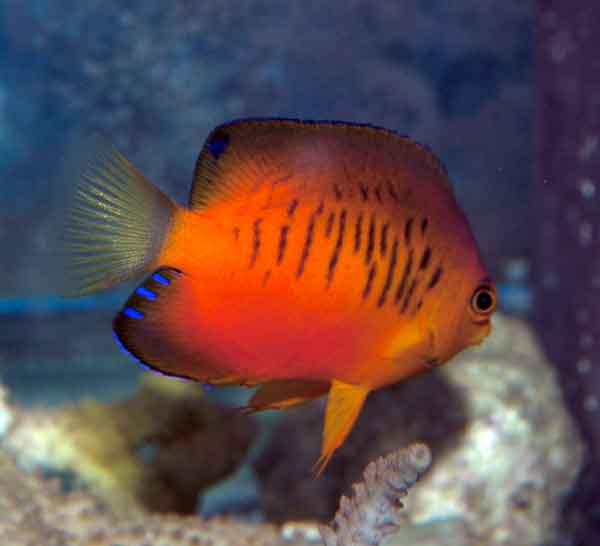 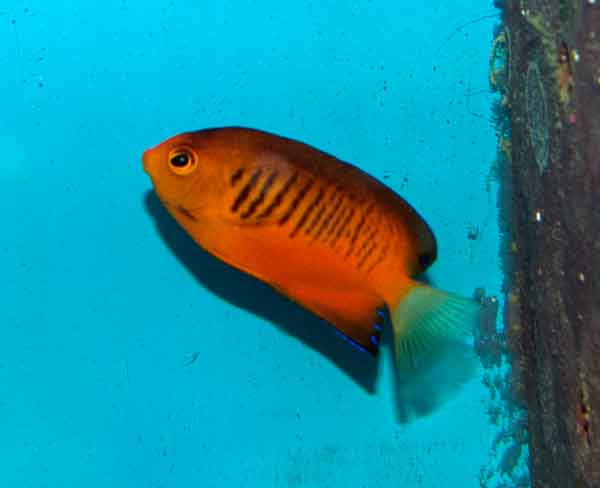