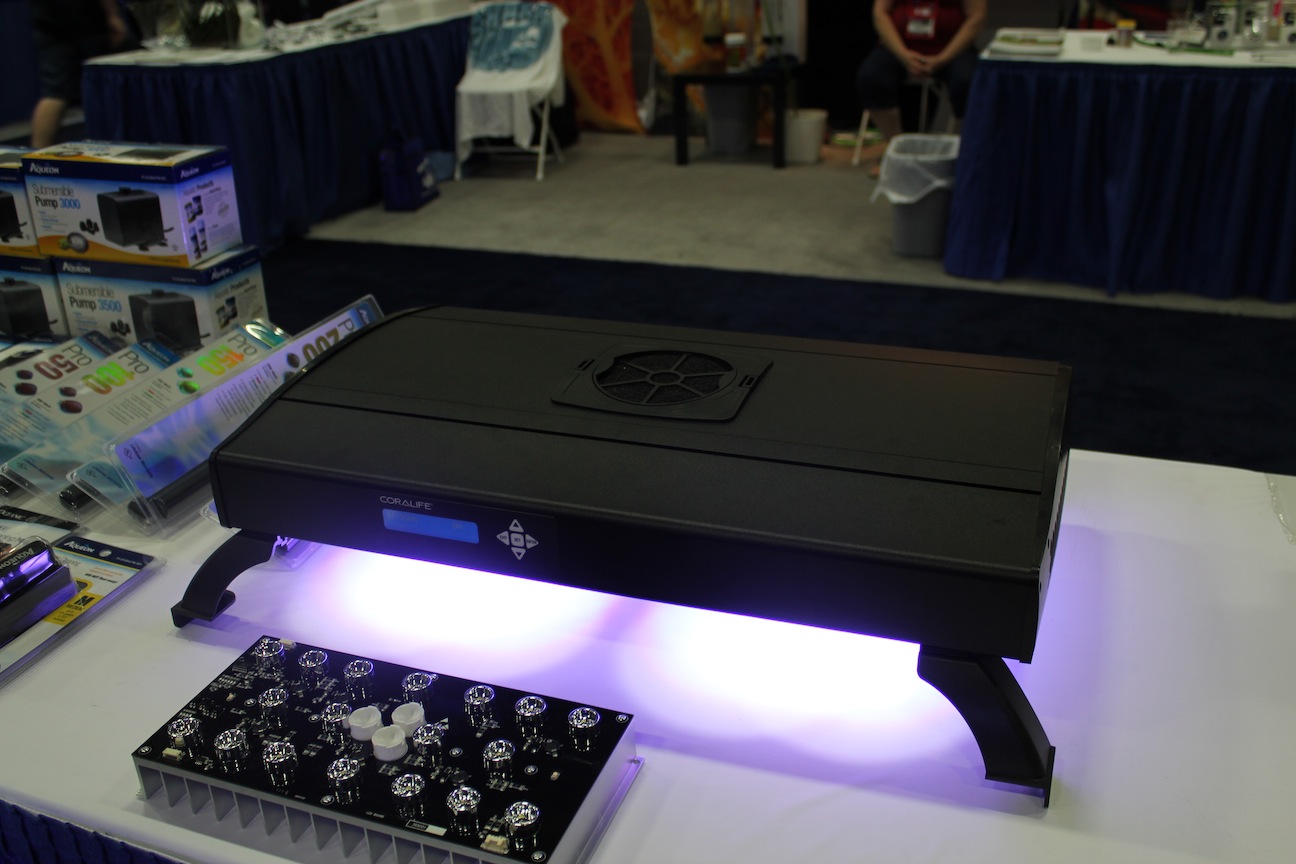 With everyone under the sun dabbling in LED products for reef aquariums, it’s only fitting that Coralife gets in on the action as well with the reveal of their new LED Aqualight. The Coralife rep manning their MACNA booth informed us that this new fixture will sport a healthy array of brand name LEDs, though with all of the action at the conference the brand name escapes me at the moment. I want to say the LEDs were the Philips Rebel emitters, but don’t quote me on that. What we do know for sure is that the LEDs offered on this fixture come in at least three different color spectrums. We saw the typical blue and white emitters, but we also noticed hints of amber throughout. This added amber LED no doubt targets the warmer end of the spectrum, but we find its inclusion into a reef light a bit intriguing, especially since it would appear that everyone else is adding reds and greens instead. Regardless, each of the blue and white LEDs is surrounded by a circular reflector and the fixture appears to emit a ton of light. A 24″ and 48″ model were shown at MACNA, and we assume a 36″ model will surface sometime as well. Pricing and availability went untold by the Coralife rep, but we’ll know those details soon enough. Until then though, enjoy some more photos of this fixture below. 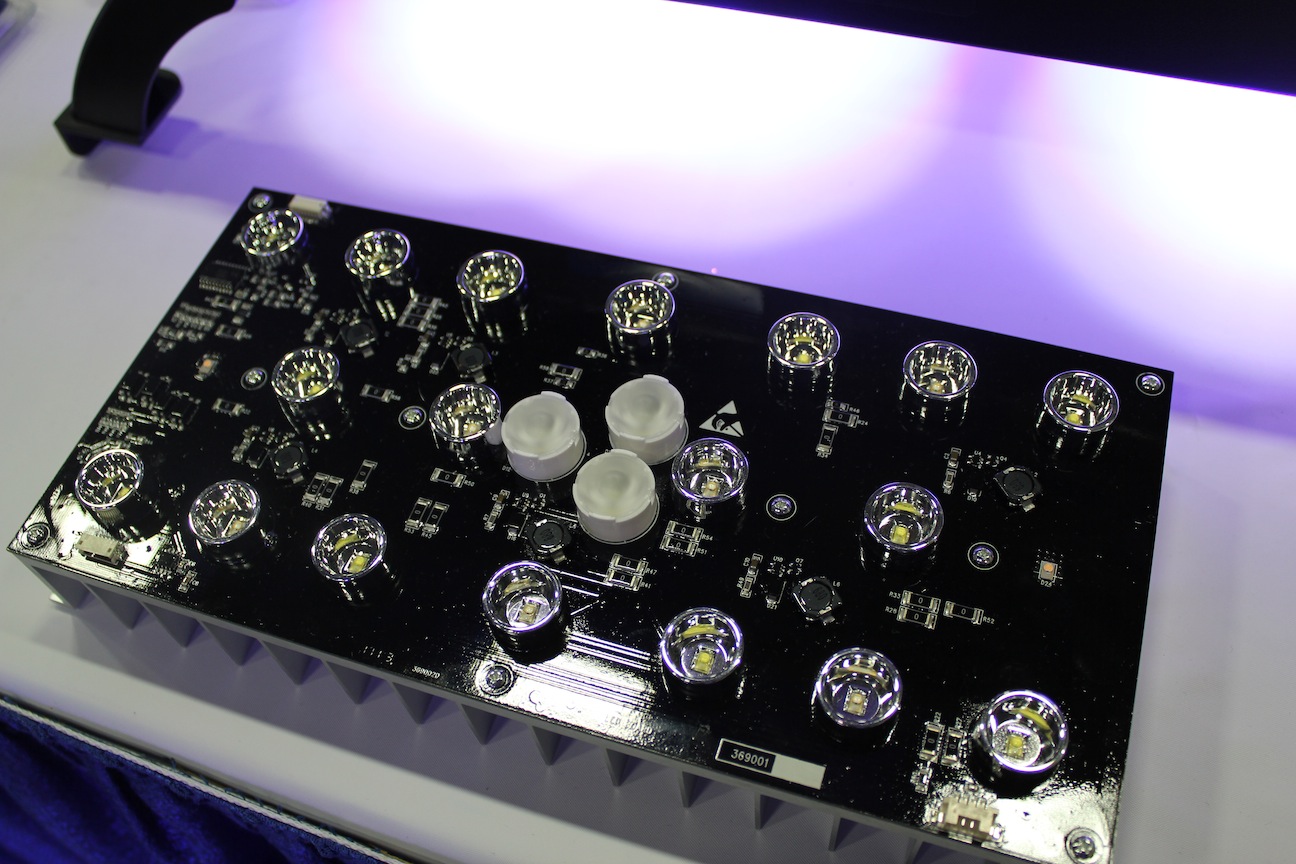 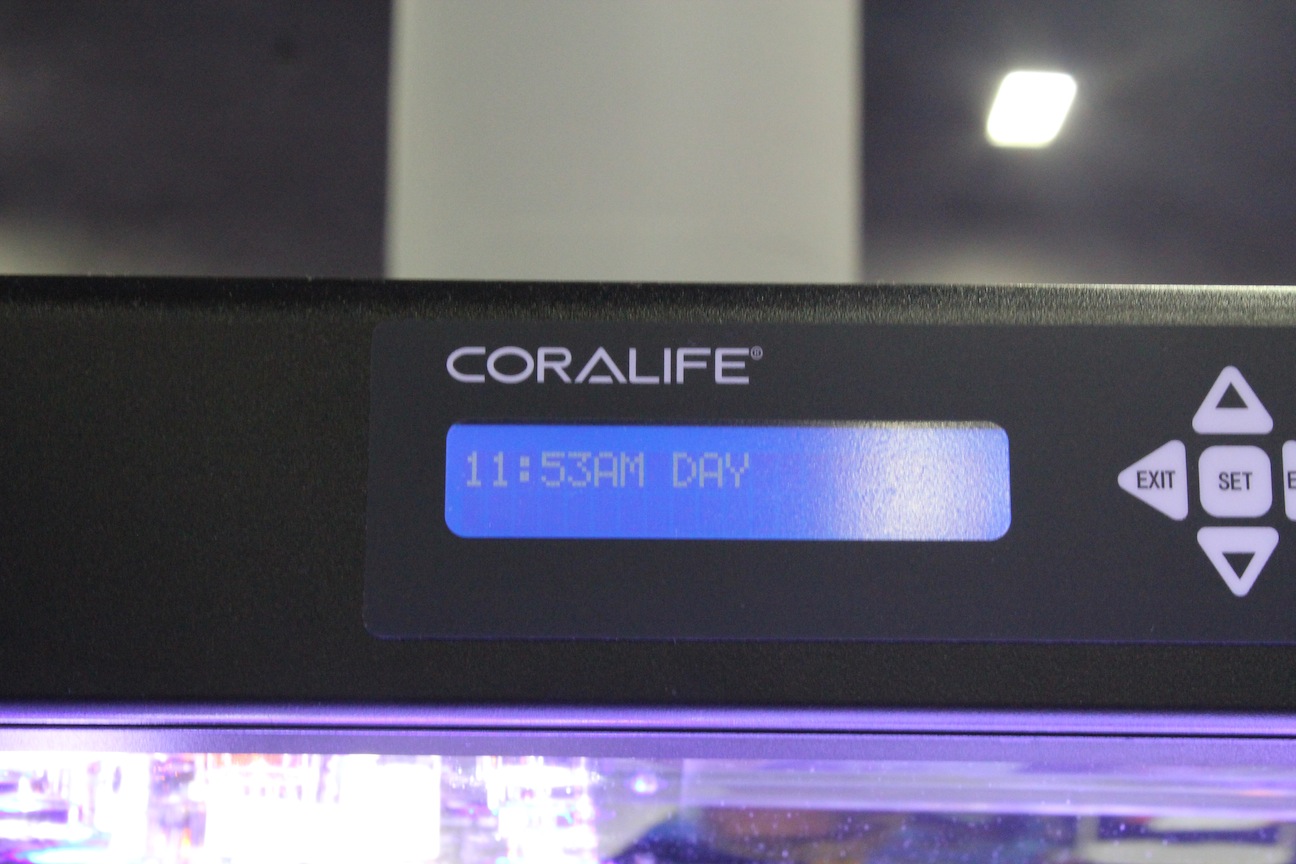 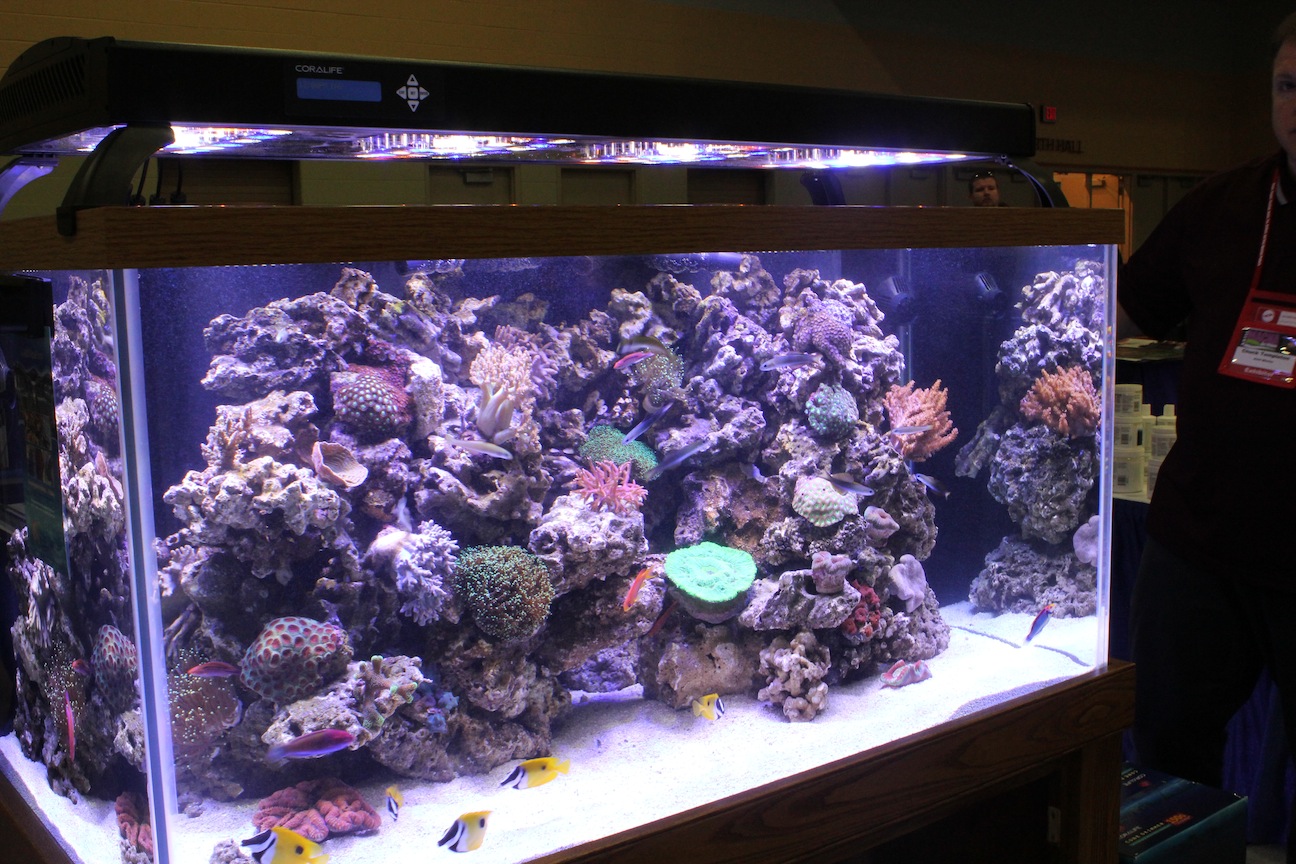 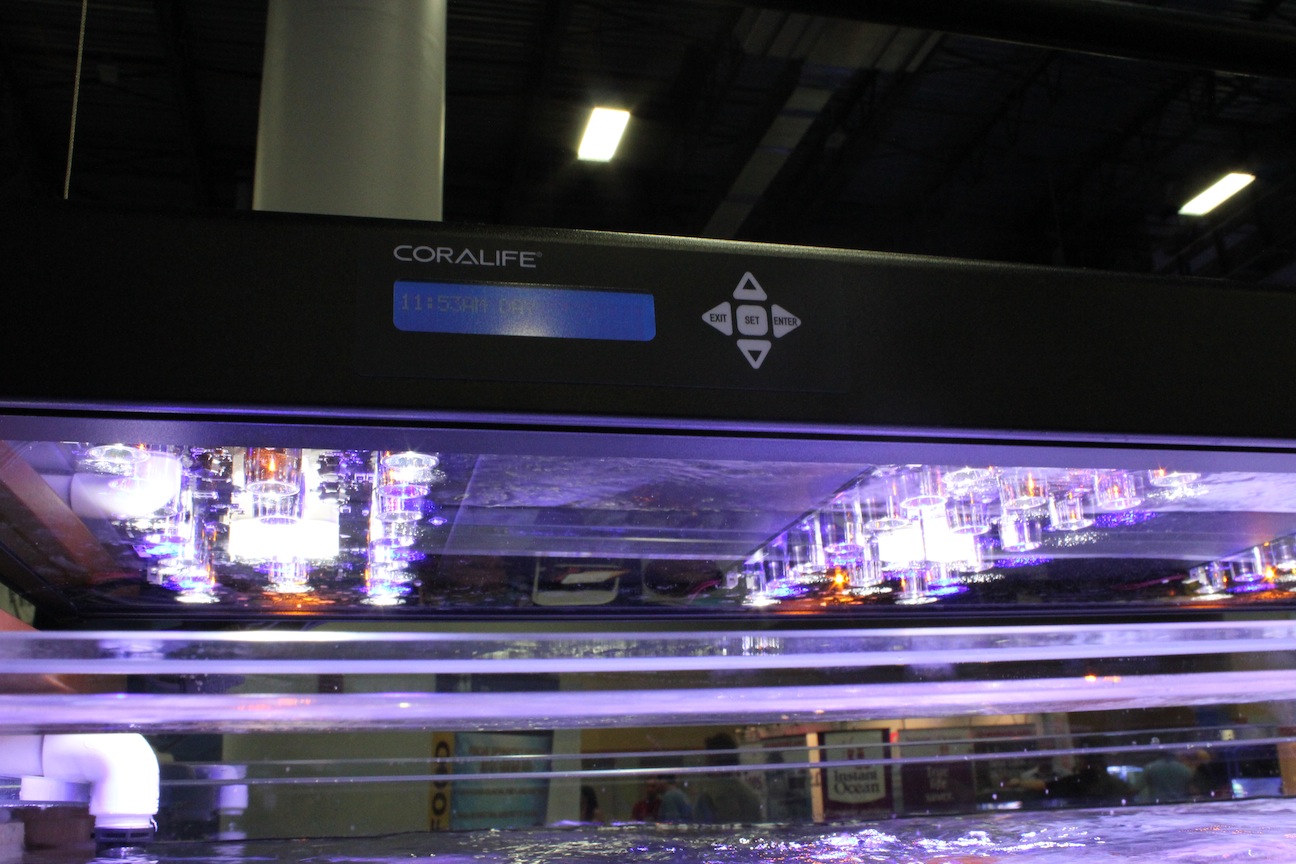