Trending
You are at:Home»Aquarium Equipment»Evolution LED Shows Off New Dimmable Fixtures at MACNA 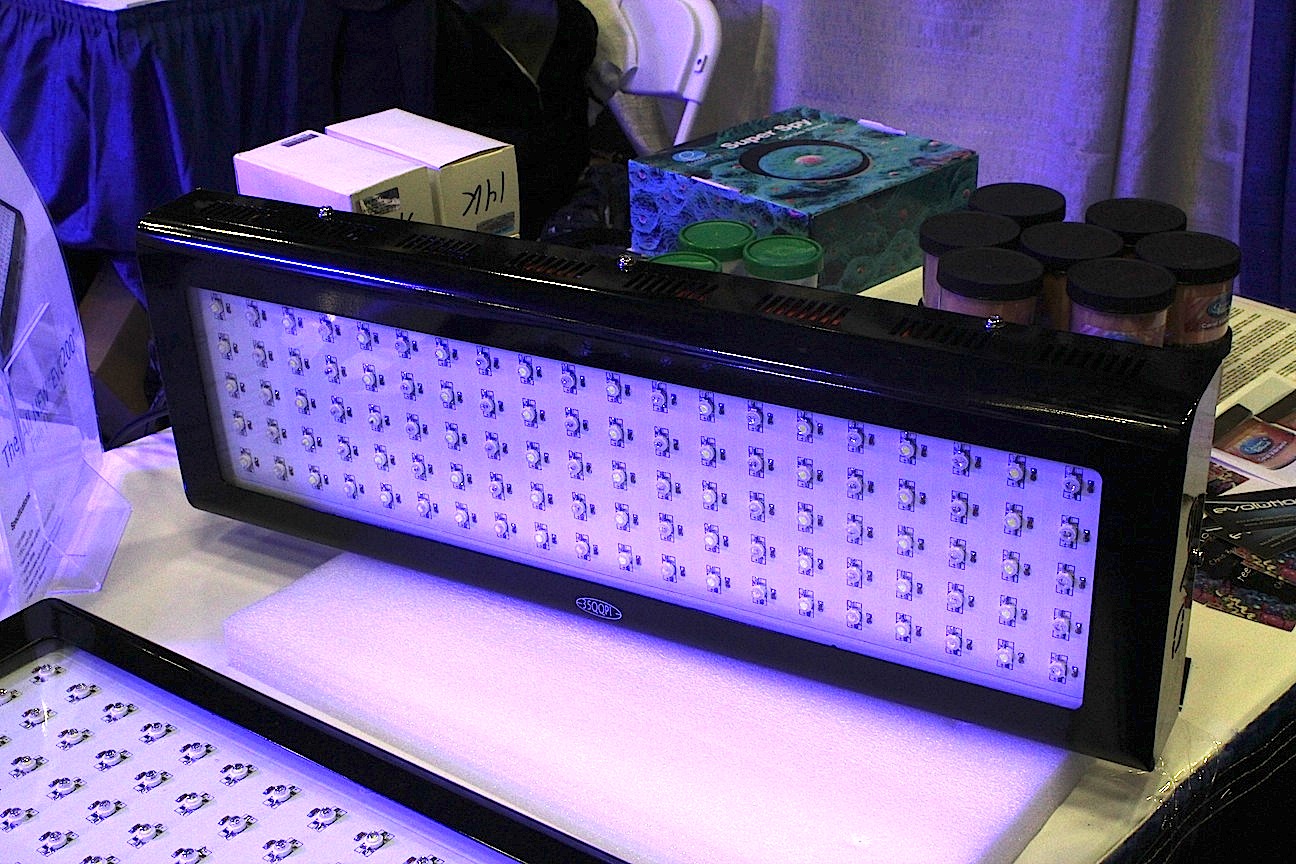 In an earlier article we mentioned that LED lighting was all over MACNA, and we’re covering even more great lighting equipment from a relative newcomer to the lighting market, Evolution LED. While at the show, Evolution LED showed off a swanky group of their new dimmable fixtures at the ReefKoi Corals booth. These fixtures don’t come with all of the fancy bells and whistles of many other brands, but they also don’t come with the beefy price tag either, making this light setup rather affordable by the masses. According to Evolution LED, the dimmable LED lineup will consist of four models, each with 2watt Bridgelux LEDs, dual power cords, a varying number of fans, and manually tuned knobs to adjust the brightness. The LED color mixture consists of a 1:1 mix of blue and white emitters, with two thirds of the blues being 460nm blue and the rest at 450nm blue. The white LEDs come in at a color temperature of 14000K. 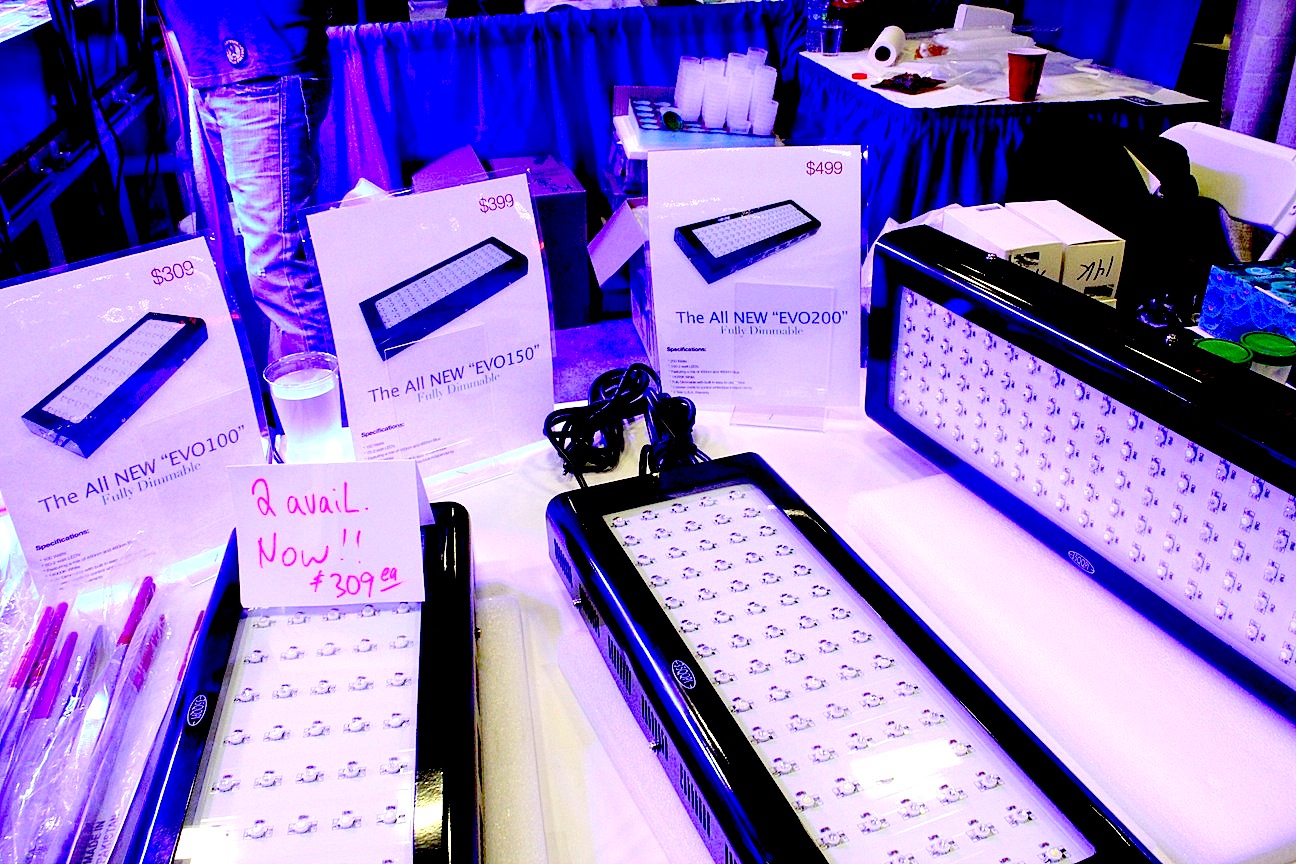 Like we mentioned earlier, four models will be available. The smallest in the lineup with dimensions of 10″x8″ is the Evo50, which comes in at $220 and covers aquariums with a footprint up to 18″x18″x18″. This tiny fixture has a total of 50 dimmable LEDs and a power consumption of approximately 100watts. Moving up to the next levels are the Evo100, Evo150, and Evo200. With each step up in the model number, the fixtures cover aquariums two feet long, three feet long, and four feet long respectively. The price also climbs by roughly $100 for each model up the chain.

Evolution LED did have a model on display at MACNA, complete with an Apogee PAR meter and some rather impressive readings. Our recollection of the water depth is a little fuzzy, but the probe was at least 18″ below the water’s surface and was hitting at 171 PPFD max. The light output of the Evolution LED dimmable fixtures are more than enough to keep SPS corals at just about any depth in the aquarium. 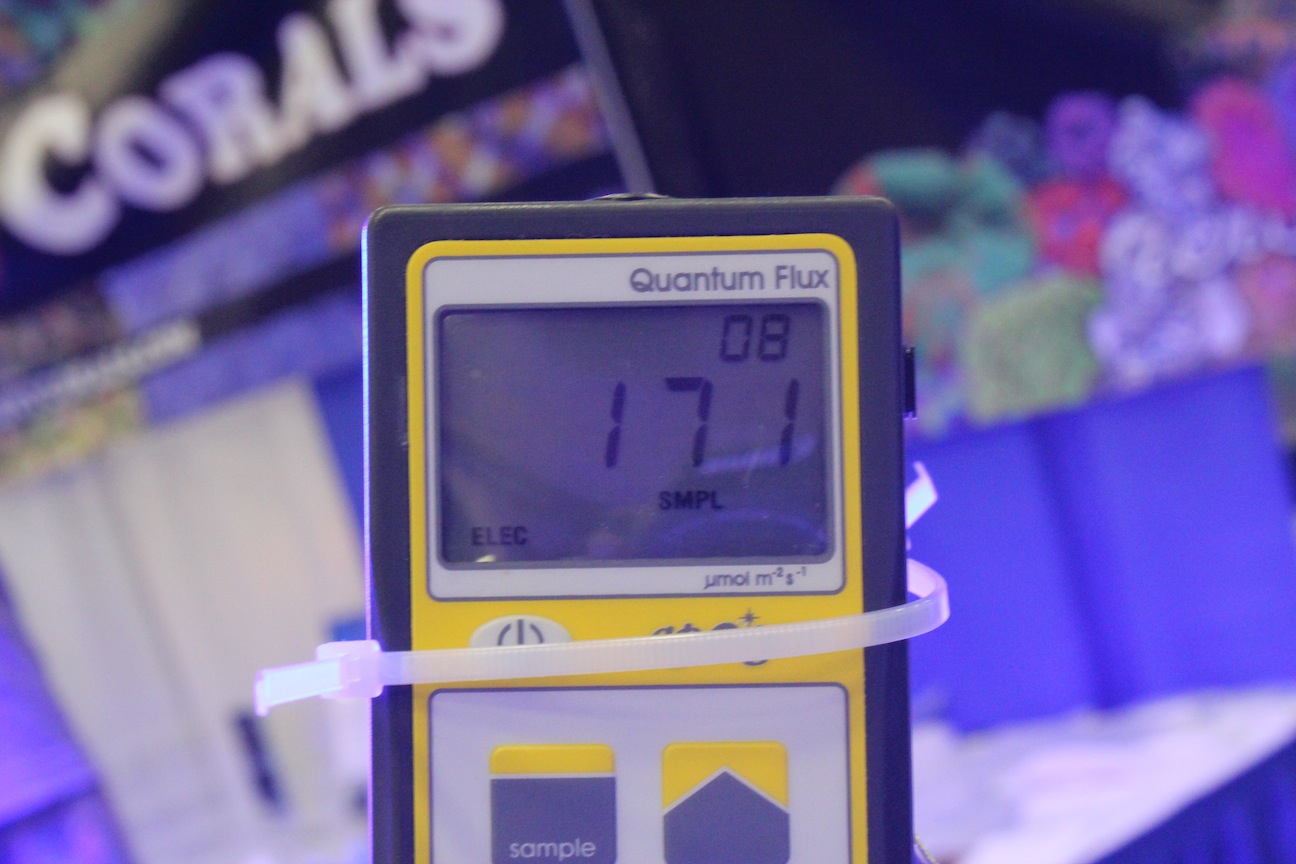