Trending
You are at:Home»Aquarium Food»Instant Ocean Gel Food Hands On 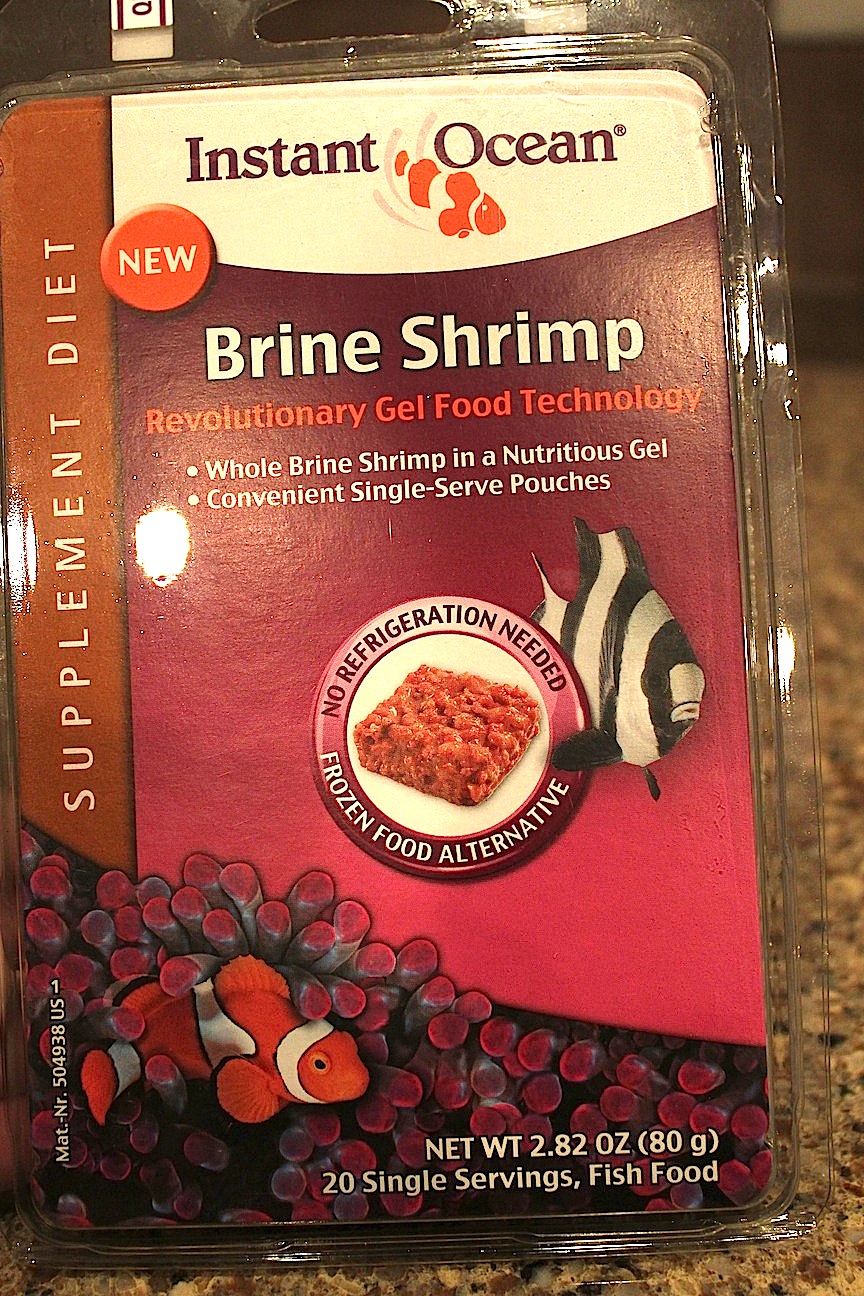 With all of the free goodies being handed out to MACNA attendees, we couldn’t help but take a long hard look at some of those items to see what they were all about. One of those items was a packet of Instant Ocean Gel food. After arriving back home and attempting to get back into the same old routines, we opened up a package of the food to see how it was different than its frozen, flake, and freeze dried counterparts. Of course, the first thing we noticed was the fact that it didn’t need to be refrigerated. Instead, it keeps perfectly fine at room temperature. We tore open one of the packets and squeezed out a brown glob of brine shrimp. Upon seeing this glob, we weren’t really sure what sort of results we’d see. But we pressed on and attempted to feed some fish.

The directions say to just tear open a packet and dump it right into the aquarium, so we did exactly that. Our ever finicky tang inspected the food, but turned its nose up to it. This came as no surprise as it will only eat one type of food. A little disappointed, we watched the glob of shrimp drift around in the current until it found a dead spot and sank to the bottom. At this point I thought about retrieving the food, but before I could it was blown right into a nearby plate coral. Surprisingly, the coral responded to the food instantly and opened its mouth in anticipation of the food getting closer. The tentacles latched on and the coral quickly dragged the food into its mouth. Within a few seconds, the food was completely gone. 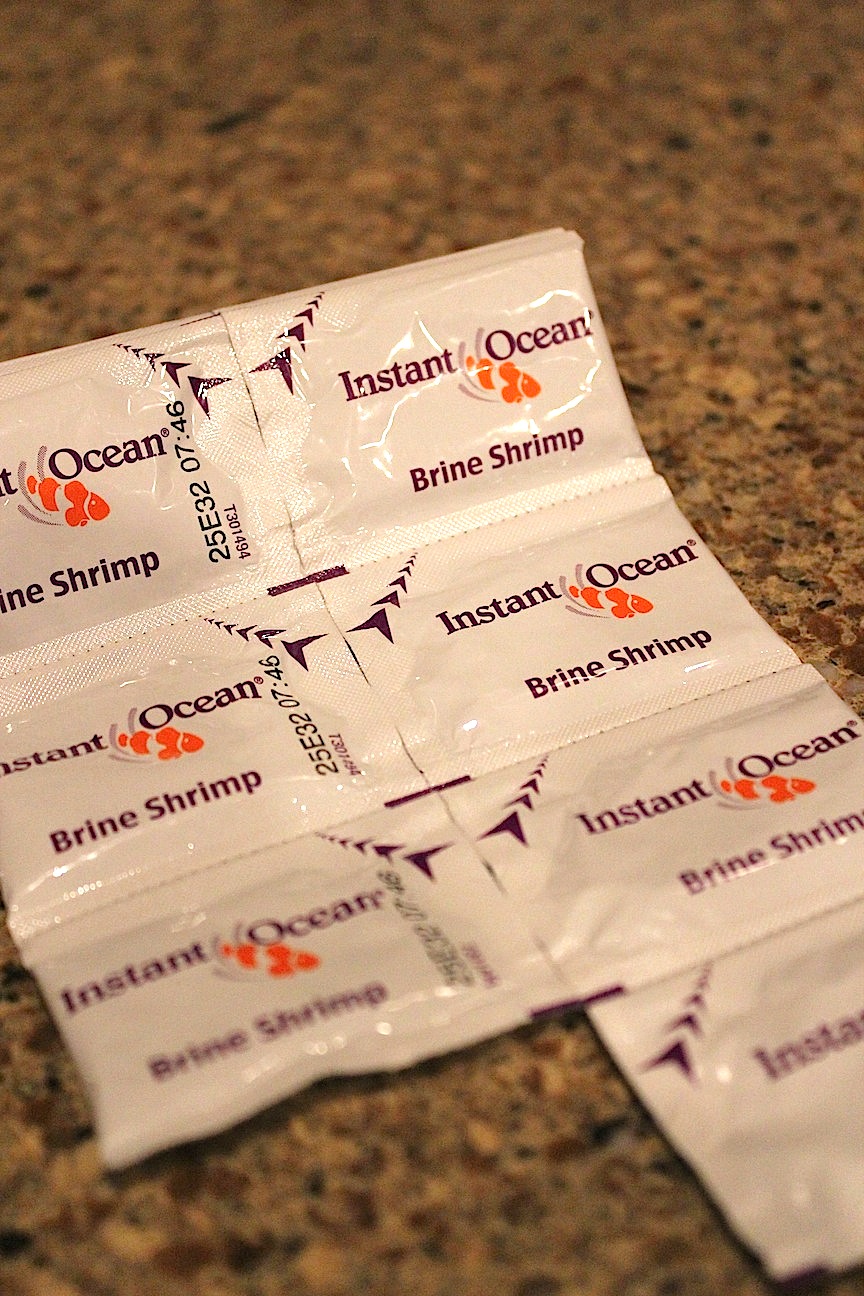 Then we got to thinking, perhaps this food would be a better LPS coral food than fish food. I know regular fish will eat it readily, but due to its negative buoyancy and gel consistency, it would be ideal for spot feeding certain corals. Each packet of Instant Ocean Soft Gel Food retails for around $10, but it seems to have far more food than the typical blister packets of frozen food. We will keep using the food to see if we can elicit a response from our Kole tang and update if we see anything else worth discussing. 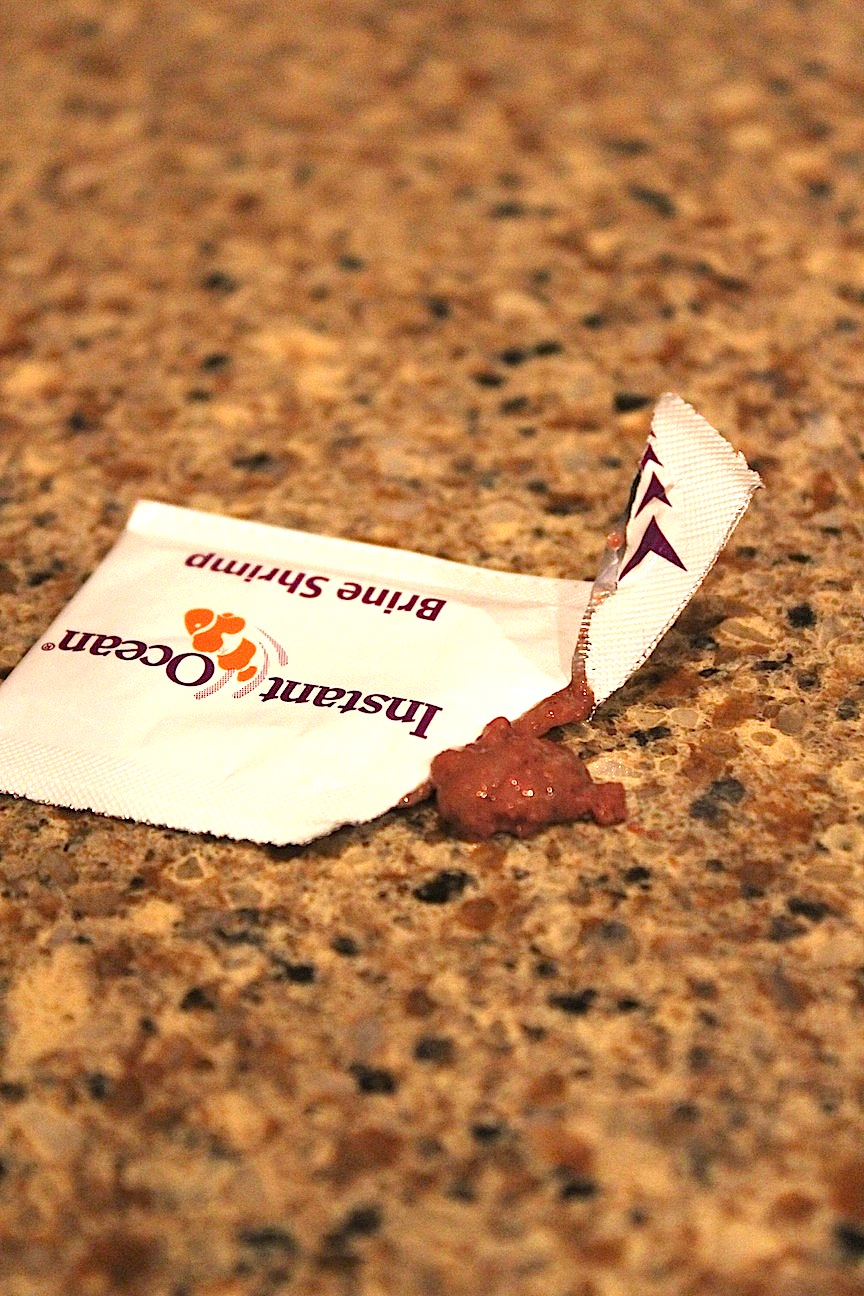