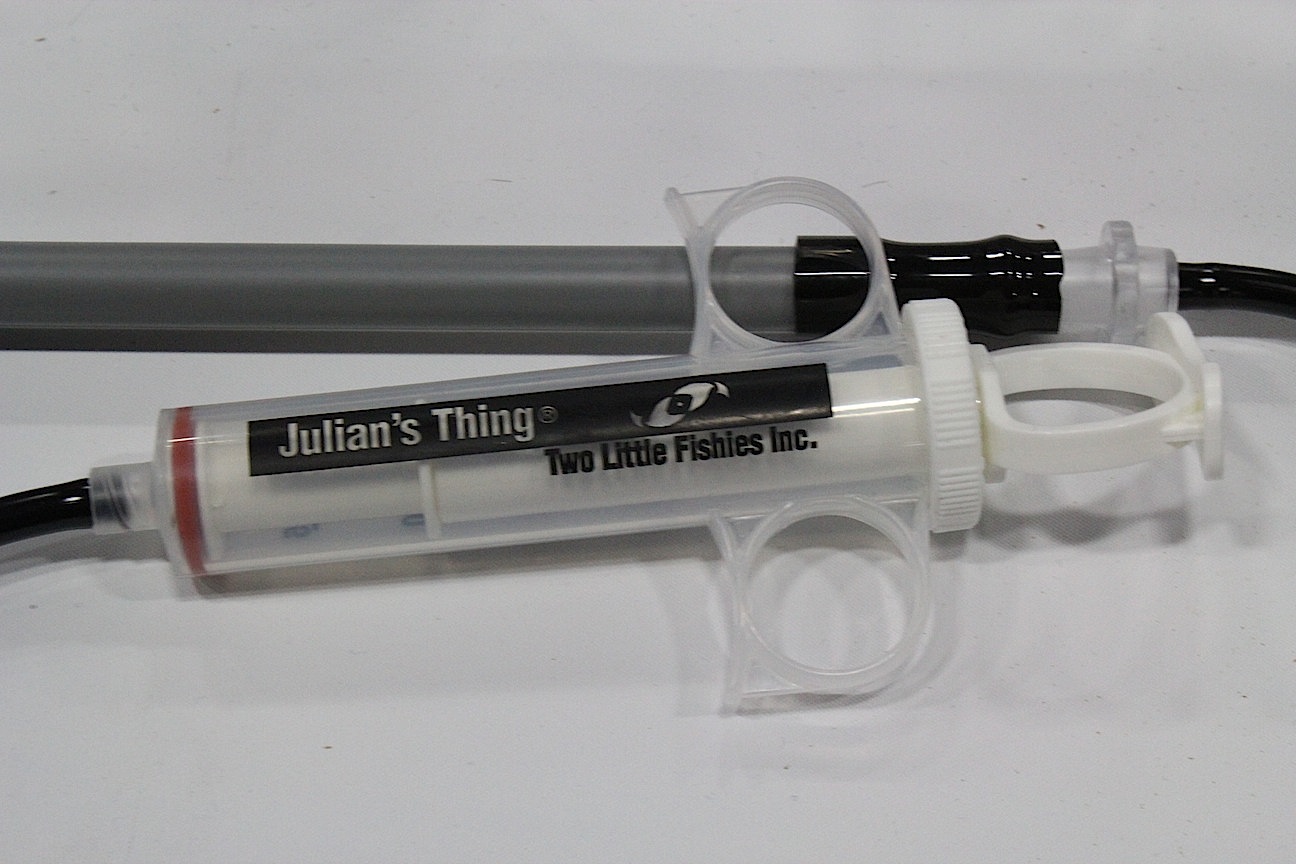 A short time back, Two Little Fishies released an obscure but fairly provocative advertisement about an upcoming product called “Julian’s Thing”, obviously named after the company’s owner Julian Sprung. The product was shrouded in mystery, but was unveiled yesterday at MACNA. Julian’s Thing is a multipurpose tool that can target feed corals, spot weld corals to the rock work, deliver Aiptasia killing substances, siphoning out small objects, or anything else you can put your mind to. It consists of a large syringe that connects to a long plastic tube that terminates with a replaceable tip. Just suck up any food items you want to target feed with and deliver them to your corals without ever getting your hands wet. We didn’t get to hear what the retail price will be, but if it’s like all of the other TLF products, it will be extremely affordable and effective. The TLF Julian’s Thing is expected to be available next month.

A couple of more pictures can be seen after the page break. 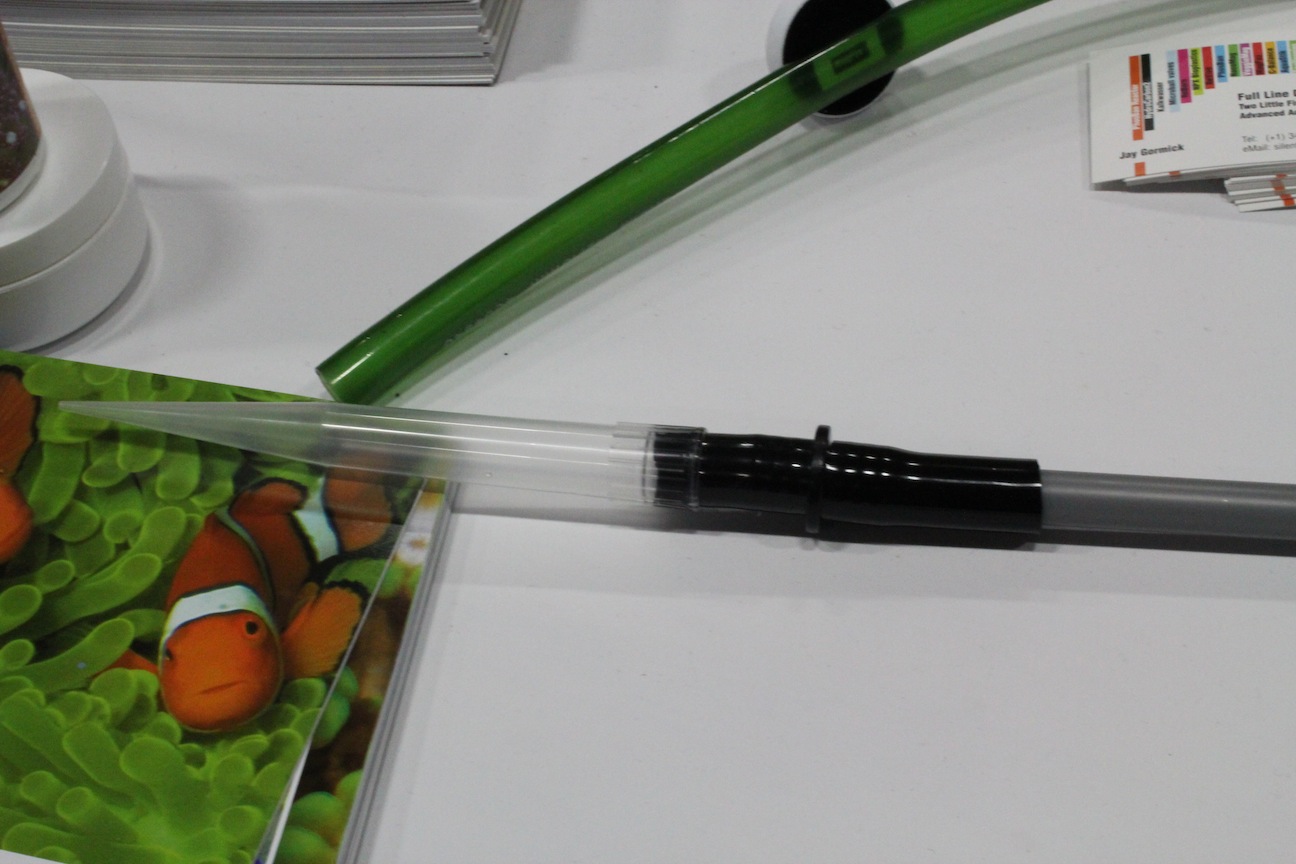 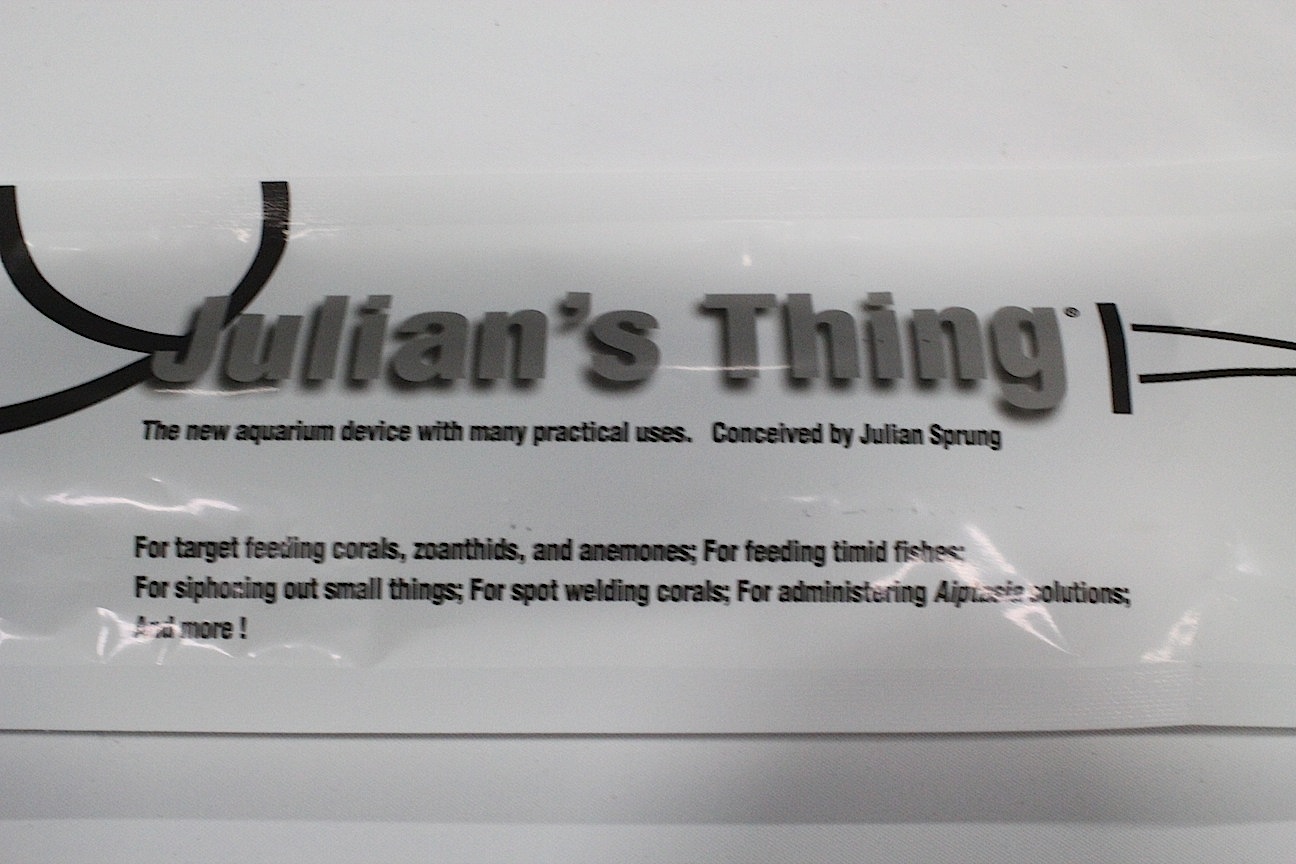