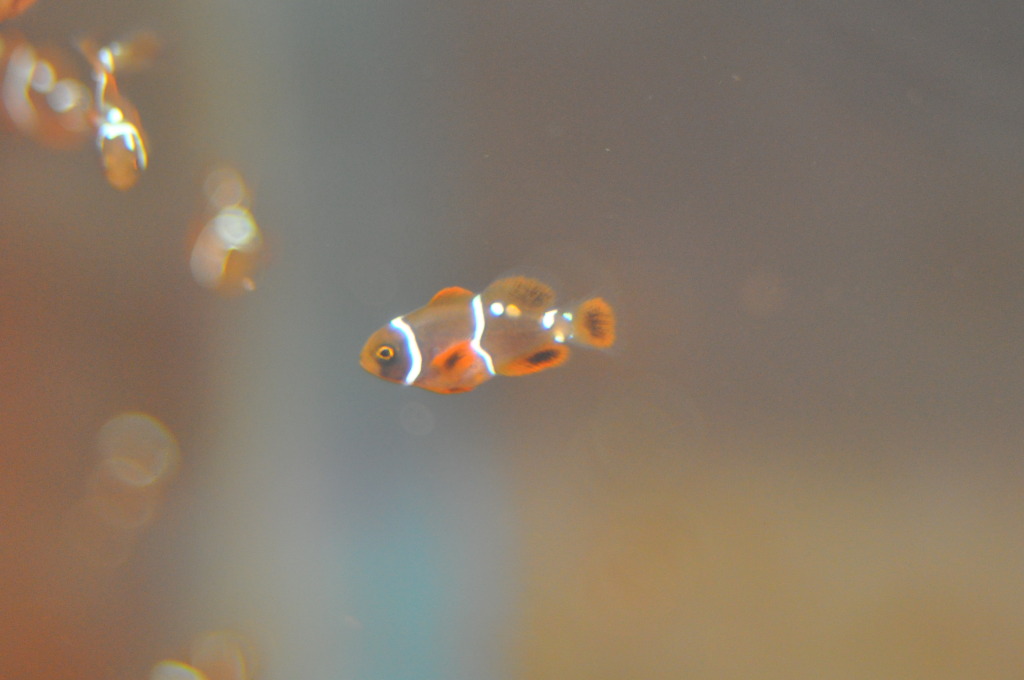 A good friend and local hobbyist Mike Hoang (also known online by the screen name “mike13oy”) recently shared some great photos of some rather unique maroon clownfish (Premnas biaculeatus) that he’s been breeding over the past few months, and we were so enamored with the patterns that we just had to share the photos. Much like the origin of the original Picasso percula clownfish from many years ago, these one month old baby “goldflake” maroon clowns are actually the offspring of two seemingly normal looking parents, who happen to be Gold Stripe Maroon (GSM) clowns. As we can obviously tell from the photos, these juvenile GSM clowns have a very different color and pattern. Besides the occasional misbarring, the “teardrop” clowns have irregular spots and splotches that should turn into a beautiful gold color as they mature.

More details about the fish can be read below, or you can visit Mike’s page over on the MARSHreef Fish Reference Forum to view the original thread. 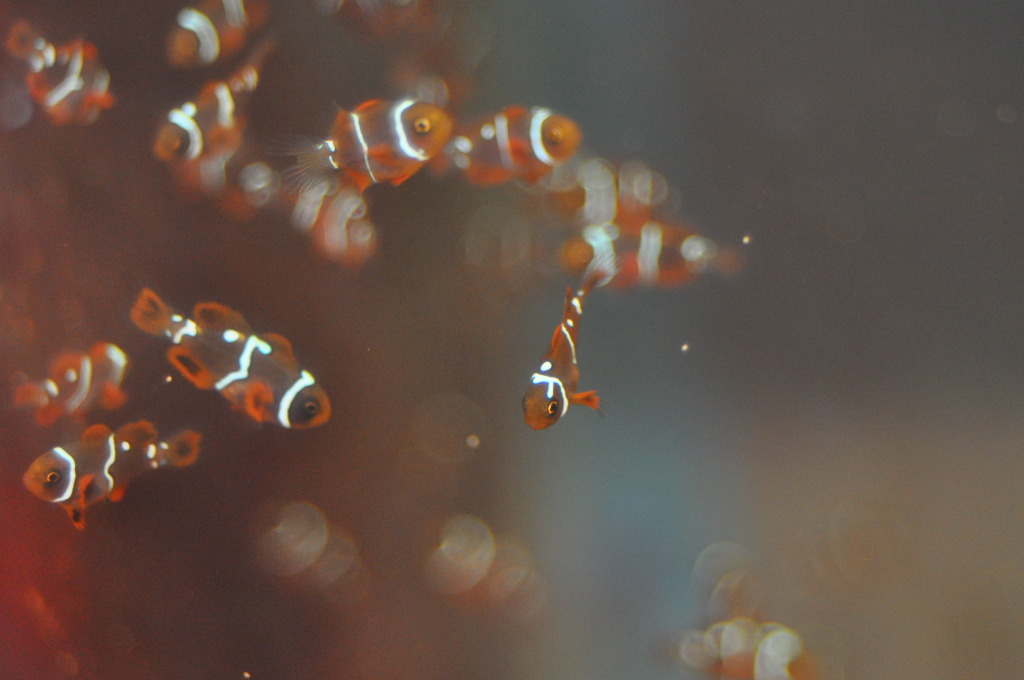 According to Mike, this particular batch of clowns hatched on August 15th after the first three batches were gobbled up by the male. A male clownfish eating fertilized eggs isn’t at all abnormal in the clownfish breeding world. It is well known that he does this because the first few batches of eggs aren’t as viable and is attempting to replenish valuable nutrition and energy lost to the breeding process. Regardless, this fourth batch has yielded some beautiful fish to say the least.

Once the eggs hatched, Mike fed live rotifers for the first two weeks. On the third week, the fry were switched to a combination of brine shrimp and rotifers. Currently, the four week old clowns are on a healthy diet of crushed Spectrum pellets, flake food, whole freeze dried cyclopeeze. And to make things even more interesting, the parent GSM clowns are currently tending to another batch of recently laid eggs. 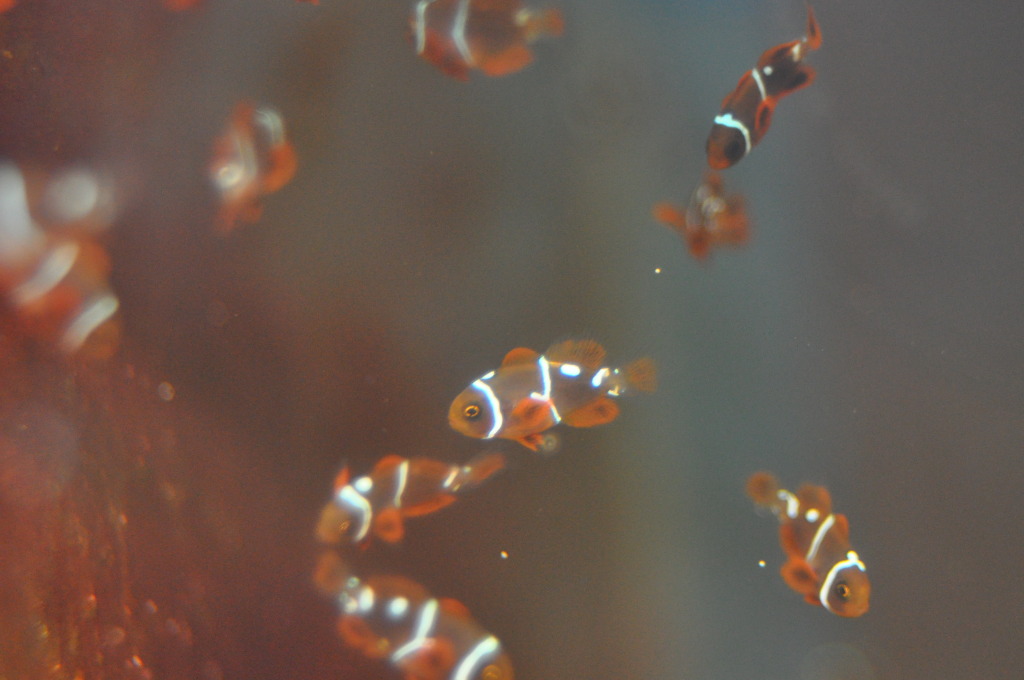 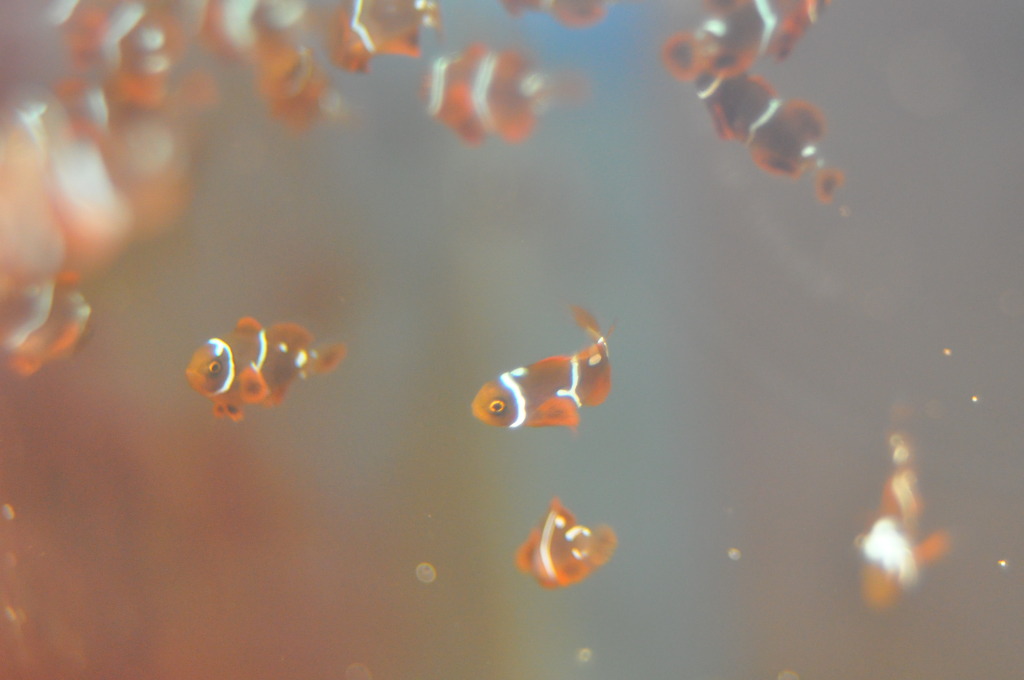 And here’s a picture of the parent GSM clownfish currently tending to the next batch of unique clownfish. 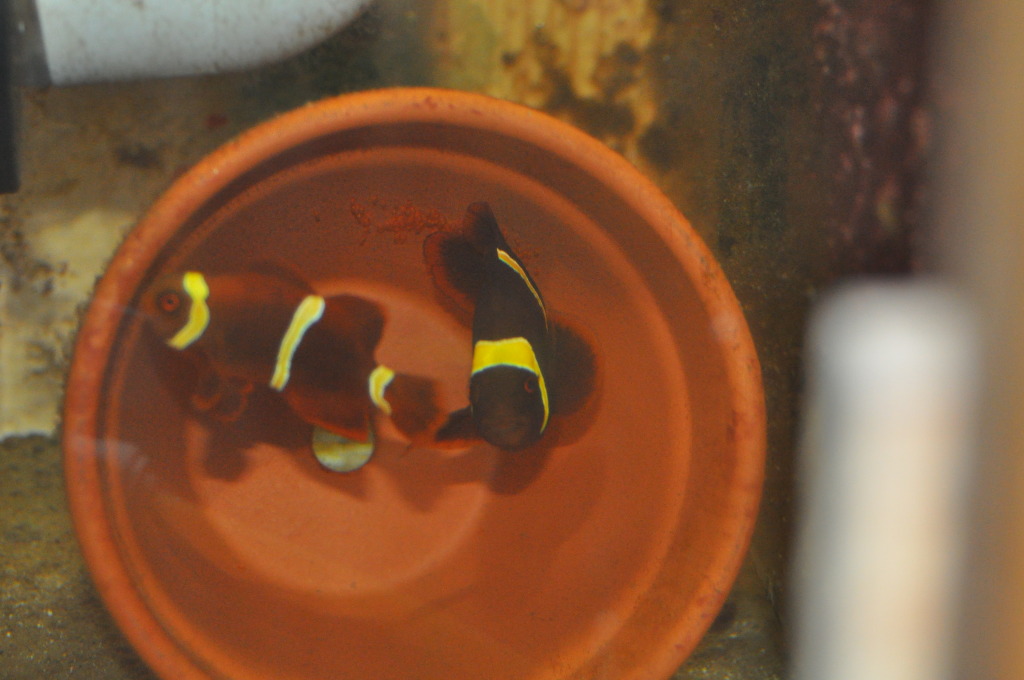 We would like to thank Mike again for sharing these gorgeous fish with us and we wish him luck with raising them.