Trending
You are at:Home»Aquarium Livestock»Move Over Maroon Clown, Meet the Purple Clownfish 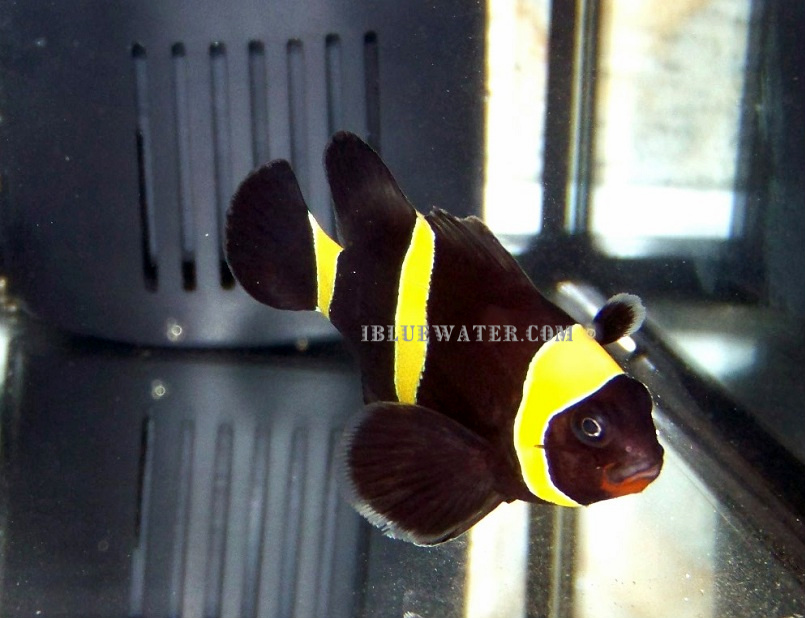 Let’s face it, there’s a different color morph for almost every species of clownfish available in the aquarium trade. But with a majority of the hobby having an obsession with all of the weird morphs being teased out of the genetics of Ocellaris (Amphiprion ocellaris) and Percula (A. percula) clownish, we don’t often get to see aberrant forms of the maroon clownfish (Premnas biaculeatus). People just don’t breed them with the same regularity of the two aforementioned species, so we have to rely on the ocassional wild-caught maroon clown or breakthrough in someone’s basement breeding project to inject a little weirdness into the bunch. Case in point, iBluwater, whose website is overflowing with clownfish, recently got their hands on a peculiar Gold Striped Maroon (GSM) clown. This individual doesn’t have oddly shaped and broken stripes like Mike Hoang’s Goldflake GSM clownfish and is nowhere near as cool as the wild-caught Lightning Maroon Clown. Instead, this GSM beauty has a deep purple, almost plum colored, body topped off with a bright orange bottom lip. The uniqueness of this fish doesn’t jump right out you, but it’s certainly cool to say the least. Based on the verbage used by iBlueaquatics, we assume this fish to be wild-caught, though no details of the catch have been released.