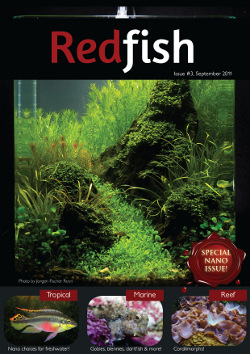 The online magazine RedFish already has two published issues, and number three will be right up your alley if you’re a nano aquarium keeper of either the freshwater or saltwater perspectives. The articles will discuss anything nano, including the challenges of smaller tanks, fish selection, and even invertebrate-only aquariums. And as with any of the other RedFish magazines, this issue will be free to download in either an Australian, North American, or European edition. So far the first two issues have both been pleasant reads, though a little heavy on the freshwater if you ask us (but we are a little biased), and we’re sure this issue will also not disappoint.