Trending
You are at:Home»General»“Tanked” Has a “Finding Nemo”-like Effect on the Hobby 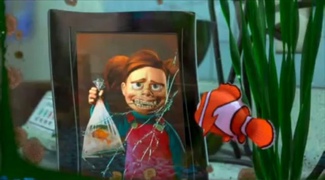 When the television show “Tanked” first aired on Animal Planet, many aquarium hobbyists immediately cringed. The pilot episode, and every episode following for that matter, showed bad aquarium husbandry, massive tanks filled to the brim with fish, and the cut-up antics typical of any reality tv show. Now, we do understand that Animal Planet has full creative control over the show and that it takes more than a week’s worth of shooting to get a one hour episode, so we don’t entirely blame the crew of Acrylic Tank Manufacturing (ATM) for the terrible message being put out with the help of extensive editing. However, aquarium stores are starting to feel the “Tanked” effect and it’s an issue that needs to be adressed.

Severel years ago, a popular Disney Pixar movie came out and immediately had an extensive impact on the the environments of local fish stores nationwide. “Finding Nemo” caused countless parents to run out and attempt to recreate what they saw in theaters for their children, and to this day store owners and employees can still hear the screeching children yelling out for the popular clownfish in their nightmares. A few years and a ton if dead clownfish later, the “Finding Nemo” effect wore off for the most part, and fish stores could actually go a few weeks or even months without hearing that dreadful name.

Fast forward to a few months ago, and we are starting to see a new trend in the aquarium hobby, and unfortunately one with similar results. The “Tanked” trend has taken hold, and people are pouring into fish stores looking to recreate what they see the “experts” doing on tv. And having no educational value in that show, these brand new tank owners are making severe mistakes and even attempting to mix fresh and saltwater fish together. Fortunately, some of this behavior will be curtailed by vigilant fish store employees, but sadly not every one of the “sheeple” will be stopped.

I was chatting with an employee at a local fish store, who happened to tell me the phone had been ringing off the hook with people who had been inspired by the “Tanked” tv show and had to have an aquarium. He kept trying to explain the concept of saltwater aquariums to each of them, but the questions and explanations became overwhelming at some point. This alone is just one indicator of the show’s impact on the hobby, and with a second season already being planned, we are positivie it will have a long lasting effect.