Trending
You are at:Home»General»What’s Behind the Phrase “My Fish and Corals Are Happy” 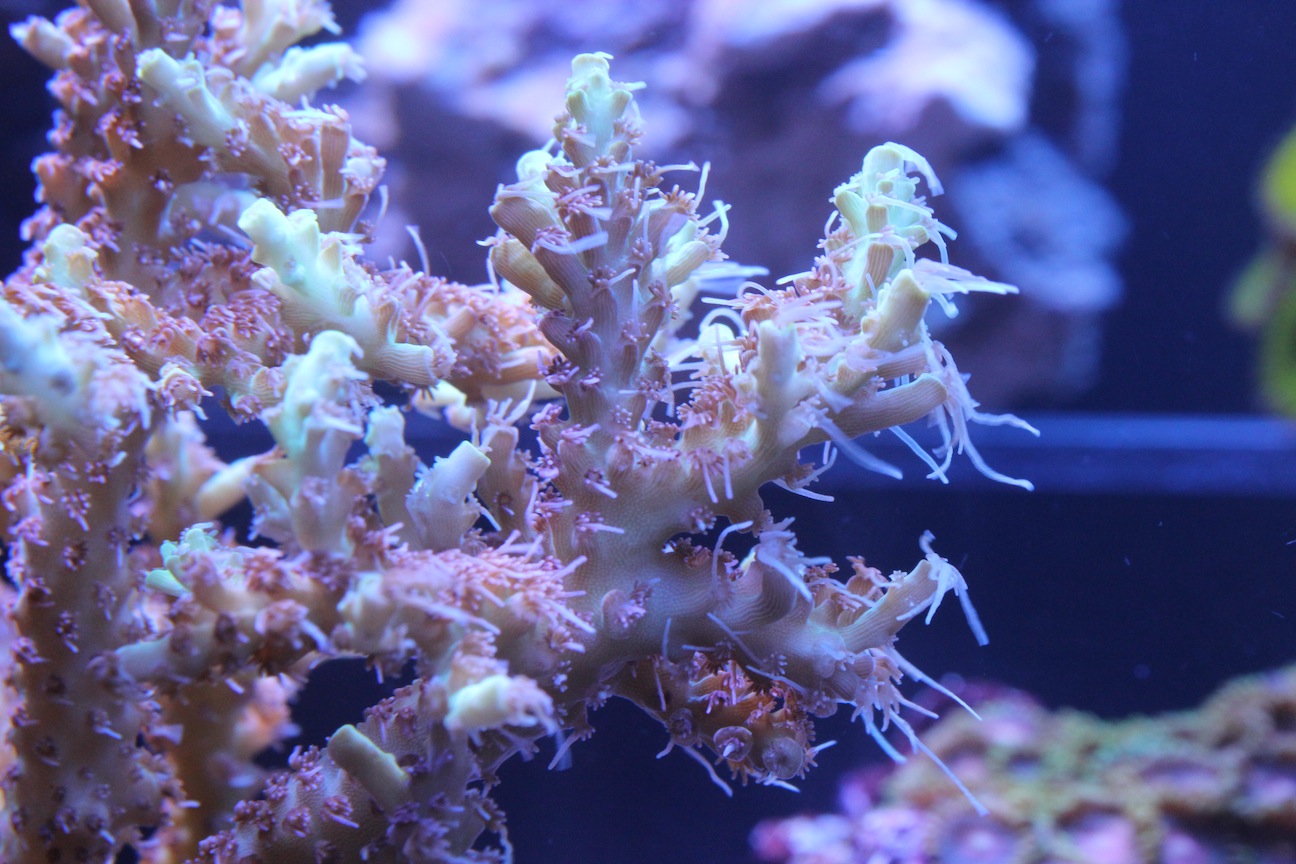 Does this Acropora look happy to you?

While shooting the breeze with a co-worker about our weekend activities, my aquarium obsession was brought up, as it often is. I was explaining that, while doing a water change, one of my media reactors got clogged with something and began shooting media into my sump. Then, for some reason, I used an old phrase that many of you have either used or heard. I stated that, despite the media getting dumped into the tank and a cloudiness that persisted afterward, my corals still looked happy. As soon as the phrase was uttered, I scratched my head and asked “where the heck did that come from”, as the phrase is not one that I like to use even in the slightest bit. Perhaps I used the phrase because I was talking with someone who didn’t have the slightest clue about aquariums. Regardless of why it was used in this particular instance, that old saying irks me greatly, as it is impossible to know whether or not the inhabitants of our tanks are actually happy, or expressing any other form of emotion for that matter.

This phrase, and the very similar one regarding fish happiness, is severely overused on aquarium forums, and the more I thought about it, the more I began to ask myself why. Sure, hobbyists can see if corals have extended polyps, which is usually a sign of good coral health. However, polyp extension isn’t always a good sign, as they can sometimes show severe extension when stressed. The photo at the top of the article shows a “pink lemonade” Acropora with very extended polyps. It may appear healthy at first glance, but the thing to understand about this individual is the fact that it was photographed at a trade show, where corals are subjected to severe stressors just from getting to the show alone.

Regarding fish happiness, most aquarium keepers will be severely misled if they take a look at some fish breeding behaviors. For example, clownfish interact in a somewhat aggressive fashion when they are courting. A misguided fish keeper might try to separate two fish attempting to pair up and breed simply because their behavior appears aggressive and “angry”, instead of happy and care free.

After getting my thoughts in print, I guess the main point behind the rambling is to not give in to the “my fish/coral are happy” idea, but observe behavior without adding human emotions. Giving animals human emotions will probably not lead to anything severe, but it could give you a false sense of security of cause you to react to something that simply isn’t there.