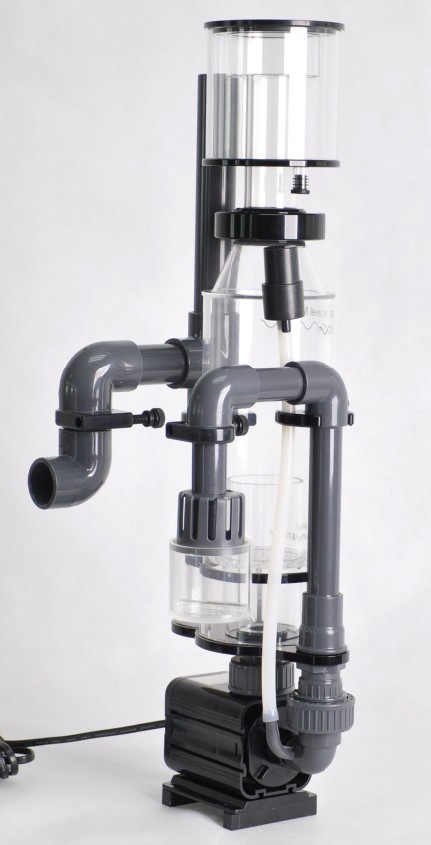 Just yesterday we reported on a new space saving bio-pellet reactor from Reef Octopus, and it seems they weren’t done with the new product rollouts. Also released on the CoralVue site is a new hang-on protein skimmer called the BH-90. Though official dimensions were left out of the product description, we can still tell that this protein skimmer is quite small. Despite its size however, it features a rather large OTP-1000s needlewheel pump that measures 5.5″ x 3.5″ x 3.5″ and has a flow rate of roughly 250 gallons per hour. The pump and a combination of features that include a bubble diffusing plate, surface skimming intake, and a cone shaped neck allow the skimmer to handle aquariums from 80-130 gallons. The price is still yet to be revealed, but the BH-90 should be available just in time for the 2011 holiday season.