Trending
You are at:Home»Aquarium Livestock»Sixline Wrasse, the A-Hole of the Fish World 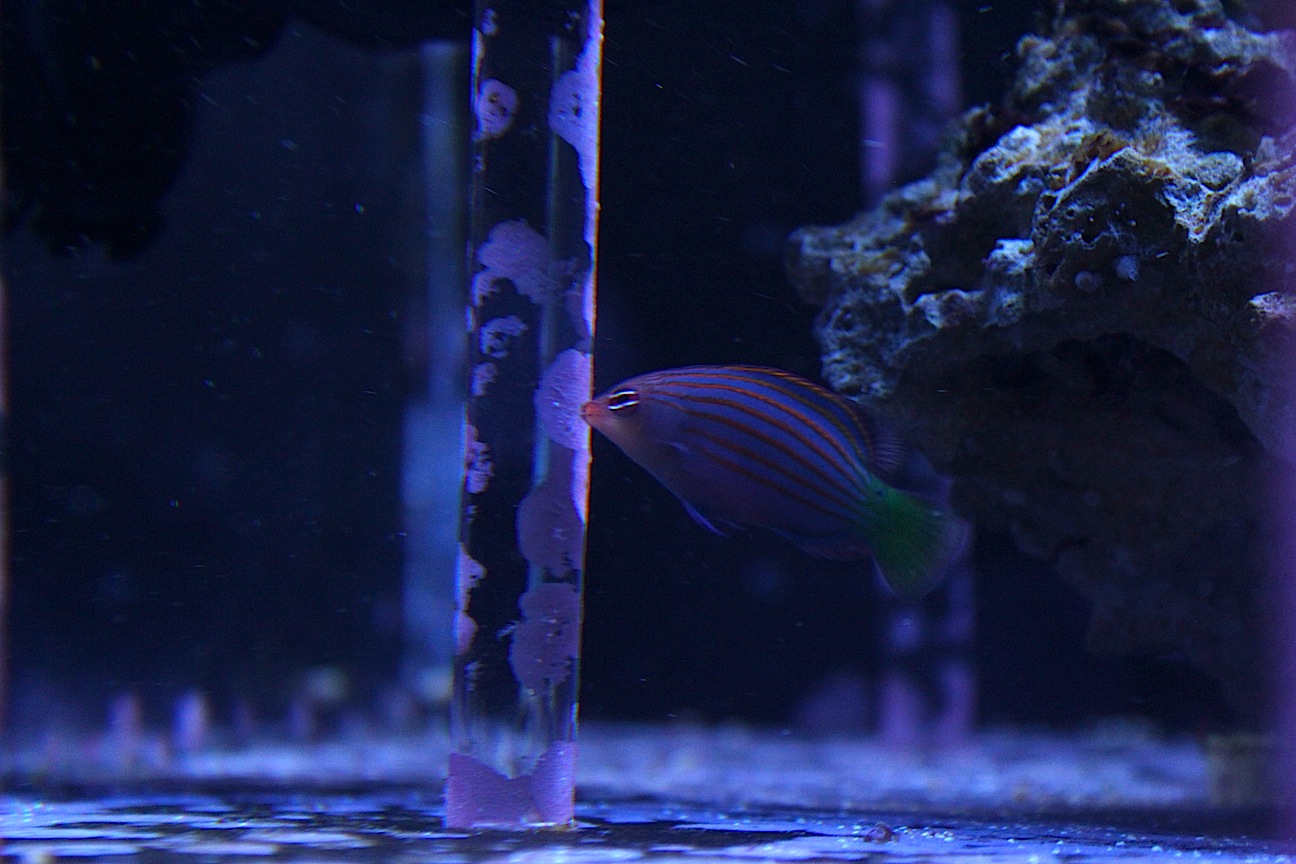 I spot you at the fish store, realizing your under-appreciated beauty and ability to control pests, and decide you will be a great addition to the tank. You are gently handled, slowly acclimated, and fed quality foods to keep you fat and happy. Then I even try introducing you to some new friends. Things appear fine at first, but then your ugly side rears it’s head. You go from pest-eating beauty to an aggressive attacker overnight. And the next thing I know, the fish added to the tank just after you is tattered and torn, and you don’t have a scratch on you. You are the sixline wrasse, and you are the biggest little a-hole of the fish world.

All joking aside, the sixline wrasse (Pseudocheilinus hexataenia) really is a terror of the tank. They stay small and do a great job picking off pests from corals and the rock structure, but they will tirelessly harass just about any fish in the tank, especially if they are of similar color or size. In addition to being aggressive, the sixline wrasse is also incredibly fast and agile. It can zoom around the tank, harassing other fish at lightning speed. The fish is a very hardy fish once established, often outlasting other fish it quarrels with and not succumbing to disease or parasites very often. In terms of a diet, the sixline readily eats almost every kind of prepared fish food in addition to hunting down invertebrates such as amphipods, flatworms, and other aquarium pests.

As we mentioned in a previous Tip of the Day article, when a fish such as the sixline wrasse becomes aggressive, the only real solution is to remove it from the system. This relocation may be temporary, but the goal here is to disrupt its usual routine and breakup its dominance over your aquarium. Let the bullied fish recover from the harassment and establish their own territories within the aquarium, and then you could possible reintroduce the sixeline (or other aggressive fish) back into the aquarium.