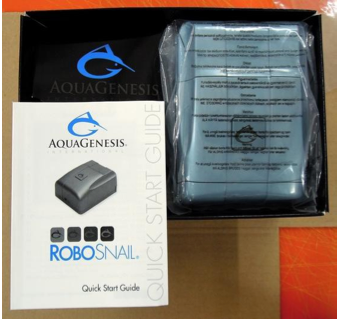 We first stumbled across the AquaGenesis RoboSnail in June of last year and immediately likened it to one of those automatic vacuum cleaners, only this one was for aquatic use. Since first laying eyes on it, this robotic glass cleaner has always intrigued us simply for the fact that it is a robot. A robot working on an aquarium sounds totally awesome right? Unfortunately, the RoboSnail had a little difficulty getting off the ground. These delays were minor, as they were mostly due to some updating that the creators felt were necessary to expand the product’s functions and capabilities, and recently we received news that the official product release is actually within reach. In a promotional email sent out yesterday, AquaGenesis indicated that they were currently talking with distributors and were drawing closer to an official release date. Pre-orders for individuals are slated to begin in the first quarter of 2012, and the brains at AquaGensis have even hinted at more functionality that apparently wasn’t a part of the original design. We haven’t received word as to what this surprise may be, but we’re hoping for the ability to move around corners. 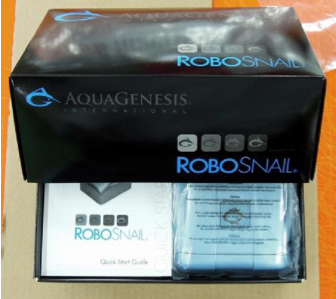