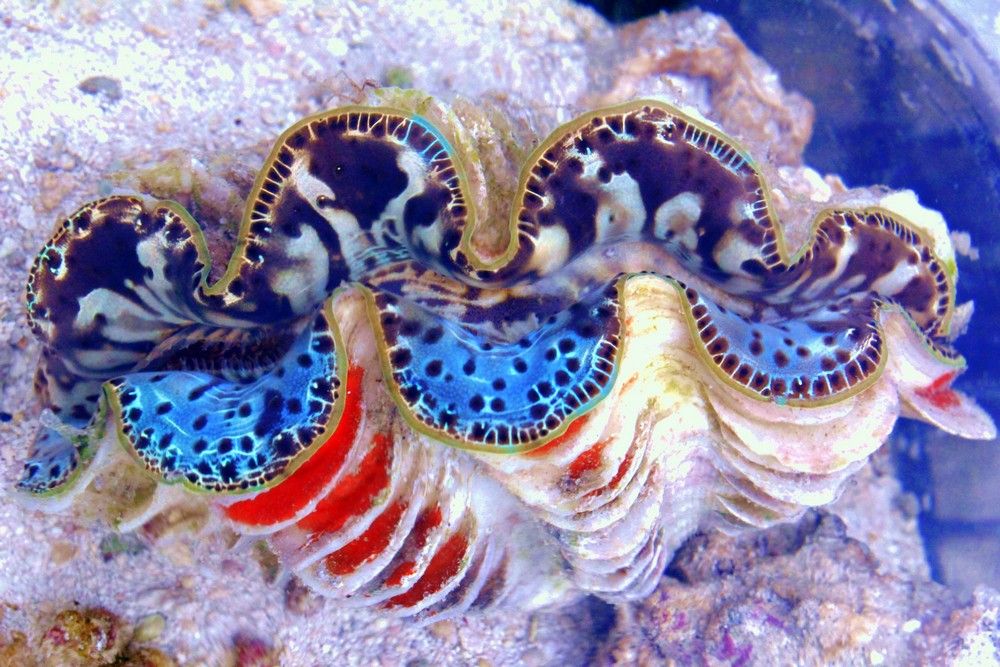 The human mind typically favors symmetry when it comes to determining what’s beautiful. Well, this latest two faced clam challenges that completely, as it’s patterns are nowhere near symmetrical. Back in November of last year, we saw what we thought to be a one-of-a-kind two face Tridacna maxima clam from ReefKoi Corals. The mantle from that rare clam had completely different colors and patterns on either side, almost as if two different clams had been cut in half and glued together. At the time, that clam was the first we had ever seen with that type of coloration, despite all of the insanely colored clams we’ve seen over the years. But that clam is no longer alone in the aquarium hobby. The guys at Pacific East Aquaculture have also gotten their hands on a similar specimen. Their two faced T. maxima clam, which they are calling the “Chimera Maxima”, also sports two distinctly patterned halves, but the patterns on this clam’s mantle seem to more complete on either side, with less bleeding of the other colors.

The asking price for this individual is set at $1000, which is quite a bit more than the previously seen two faced clam that came in at $250. However, this new two face clam is also a bit bigger with a length of just under four inches. Regardless of all this, both of the two face clams are very rare and are just plain cool.

Here’s the image of the two face maxima from ReefKoi. 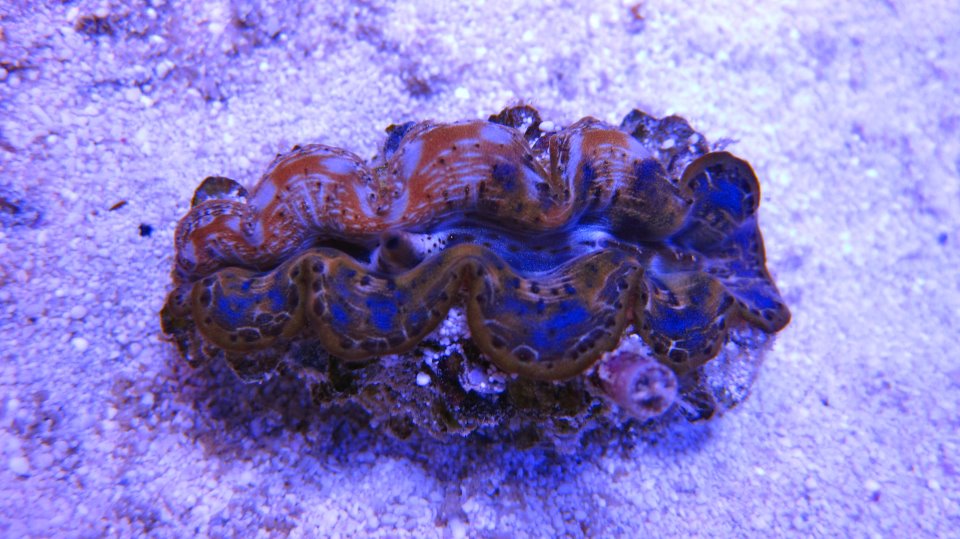