Trending
You are at:Home»Reef Conservation»Father and Son Duo Charged with Coral Poaching 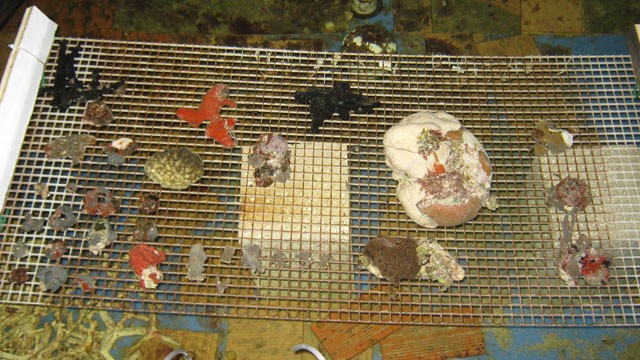 According to a recent story by Local 10, a Florida based news organization, a man and his son were arrested by the Florida Fish and Wildlife Conservation Commission for poaching corals out of the protected waters of the Florida Keys. The two men were found in a small boat with an ice chest full of “corals and marine life”, as well as some coral removing hardware like chisels and hammers. FWC officers also found a bag full of corals hidden underwater nearby. So why were the father and son duo collecting corals? According to their story, they were gathering livestock for their aquarium back home, which is in Tennessee apparently. FWC officials obviously saw through this very unlikely story, arresting both individuals and charging them with possession of hard and stony corals, possession of marine life without a circulating live well, and possession of over the recreational bag limit of marine life. Both men are still currently being detained and each of the crimes they are being accused of are misdemeanors.

Obviously events such as this continue to damage the aquarium hobby and most would rather seen them swept under the rug instead of spread across the net. The reasons we feel reporting these stories is important is to show potential coral poachers that the aquarium industry does not look lightly on their actions and hopefully show them that law enforcement will find them, if not now, eventually. Permits aren’t hard to obtain. They aren’t insanely priced either. So if you want to collect oceanic livestock, please follow the law and mind catch limits. They are all put in place for a reason.