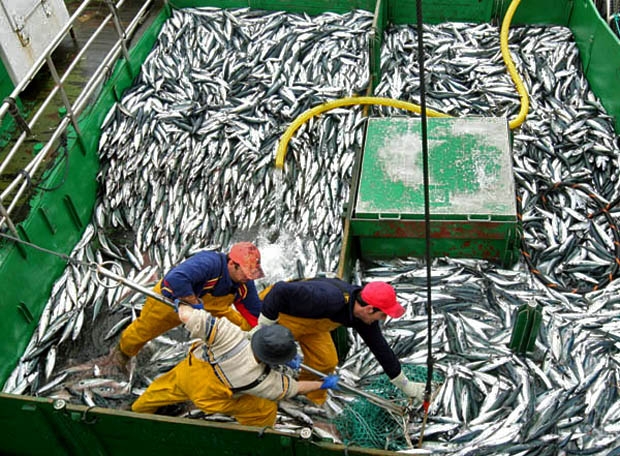 If any activists want to point their fingers at a particular fishery for causing vast amounts of nearly irreparable damage, they need to look no further than the commercial fishing industry. Case in point, a recent story in iWatch News describes the massive decline of the jack mackeral due to severe commercial overfishing off the Pacific coast of South America. According to the lengthy article, jack mackeral, which represent a third of the world’s total fish catch and are a highly valuable food source to many countries, have dropped from stock levels of 30 million metric tons to less than 3 million, and all within the last two decades. On top of that, the populations have dropped by 63% from 2006 to 2011. Despite this disgusting decline, the fishery is still overharvested, as large trawlers simply expand their operating territory to pick of whatever is left of the dwindling mackeral.

So how is this issue being fixed? Delegates from at least 20 countries will convene as the South Pacific Regional Fisheries Management Organization (SPRFMO) on January 30 to discuss just how to fix the fishery and cut back on the harvest. In the meantime, the fishing vessels will only be limited in their catch by how much their boat can hold/process or if they put catch limits on themselves. The fishery is essentially a free-for-all since vessels can freely fish in areas not goverened by ratified records. The SPRFMO had already decided to impose future quotas on participating countries, which has caused super trawlers from Asia, Europe and Latin America to rush to South America to put their own claim in on the waters.

One of the big reasons for the massive harvest of this particular species is being given to government subsidies. This money was given to companies to help pay for fuel and increase and upgrade equipment, and has allowed thes big fishing companies to expand their territories and take in more fish. Further adding to the problems in the fishery are politics. Since eight groups essentially control the fishery, they’ve been able to influence local governments into setting quotas above what scientists have advised.

So how are they really going to fix this fishery? It is realistically being considered that a total ban on the catch of jack mackeral should be put into place. Others are calling for massive cutbacks up to and exceeding 70%. With the global population continually on the rise, it’s going to be harder and harder to make these cutbacks, as governments will continue to crack under the pressure of the power players who want to make money and the voting populations want to continue eating. Either way, it’s a terrible situation that is likely going to have a domino effect on nearby fisheries, causing even more long term damage.