Trending
You are at:Home»General»Hybrid Blacktip Sharks Found in Australia 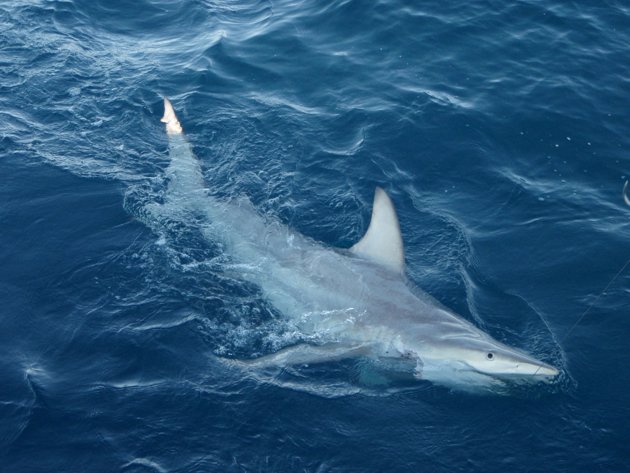 Supposed hybrid blacktip shark off the coast of Australia

According to a recent AFP article, a team of scientists has found the first documented case of hybridization between two different species of sharks. This hybridization was discovered between two species of blacktip sharks, the Australian blacktip and the common blacktip, and the find has been backed up with genetic testing. The Australian species, as its name strongly implies, is a species limited to the warm waters around Australia’s north and east coasts. The common blacktip can tolerate much cooler temperatures and is found worldwide. It is speculated that the Australian blacktip species is adapting to global warming by breeding with the common blacktips, which will likely result in a range expansion for the shark, allowing it to move into cooler waters along Australia’s southern coast. To date, 57 hybrid specimen have been documented, and it is said that some of these hybrids are multiple generation hybrids.

This is certainly an interesting find in the scientific community, but I’m honestly a little surprised shark hybrids haven’t been documented in the past, especially given all of the attention sharks receive from researchers.