Trending
You are at:Home»General»Jeff Corwin’s Thoughts on the Kona Fishery 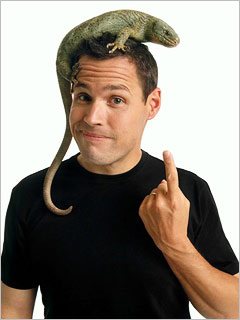 According to a recent article in West Hawaii Today, animal expert and television personality Jeff Corwin recently visited the reefs of Kona to gather footage for three upcoming episodes of his popular show “Ocean Mysteries”. Each episode will focus on monk seals, green sea turtles, and the vast amount of ocean life respectively, and the visit gave Jeff the opportunity to assess the health of Hawaii’s reefs. His opinion: the reefs were “teeming with life”. Corwin described what he saw as a kaleidoscope of life, as he witnessed surgeonfish, parrotfish, and many others thriving in Kona. He indicated that his overall impressions were of hope and encouragement, but that people need to continue to be stewards of the reef.

This assessment of Hawaiian reefs stands in sharp contrast to the picture painted by anti-aquarium activists, who keep beating their drums to the rhythm that the aquarium industry is decimating their fish populations. We realize that reefs all over the world are threatened by many human factors such as global warming, pollution, ocean acidification, overfishing, what have you, but the aquarium industry is not doing the kind of damage many people would lead you to believe. In fact, the term overfishing more often refers to the commercial and recreational fishing industries than aquarium collection. Regardless, it’s nice to have an outsider’s perspective on the reefs of Hawaii, and even more so because Jeff Corwin is concerned about the environment and not completely disinterested in its health.