Trending
You are at:Home»Aquarium Livestock»Grow It or Scrape It, Coralline Algae as a Nuisance or Aquarium Decor? 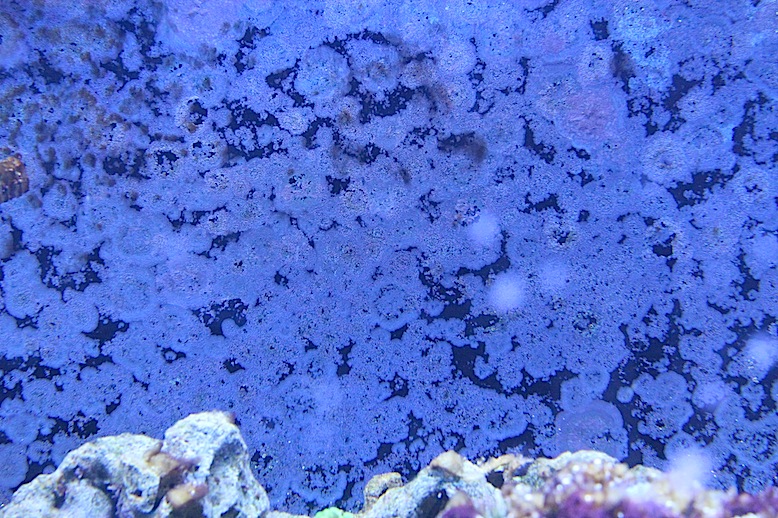 Coralline algae, aptly referred as the “purple stuff”, is often a welcomed sight to many aquarium keepers. This encrusting algae is usually seen as a beautiful and very desirable inhabitant of our saltwater aquariums, and it often gives hobbyists a little insight about a particular aquarium’s maturity and overall health. From a purely aesthetic standpoint, the algae is typically bright purple, though it does come in green and other hues, and it brings a completely different color to the rather drab looking rocks. In addition to growing on the natural surfaces, coralline algae also covers up the back and sides of the aquarium, effectively hiding power cables and other unsightly equipment. But not everybody loves this calcareous algae, at least when it comes its presence on glass or acrylic walls of an aquarium. And while most aquarium keepers put in the elbow grease to keep the viewable sides of the aquarium algae-free, others go all out and scrape the back wall and other non-viewable sides as well, maintaining a more artificial look. 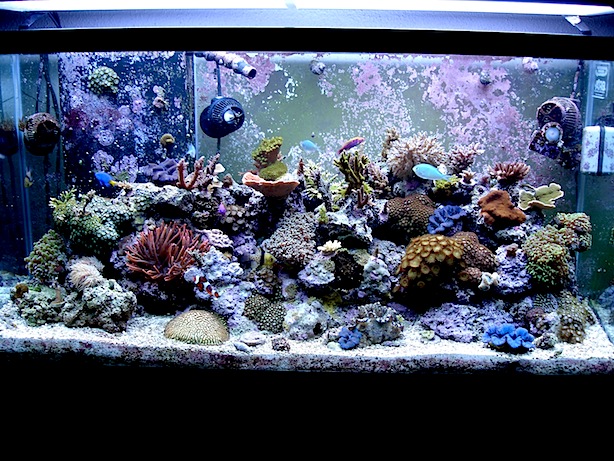 Besides the visual appeal, there aren’t a whole lot of benefits to having coralline algae on every surface of the aquarium. The coralline does directly compete with other algae for space and nutrients, which prevents the nastier stuff from taking hold and growing out of control, but other than that, it’s mostly visual. Some have speculated that the coralline promotes hard coral growth, but we’re more inclined to believe that the conditions are just right to grow both corals and coralline…at least in the aquarium environment. On wild reefs, things operate a bit differently, but that’s a whole other article altogether. 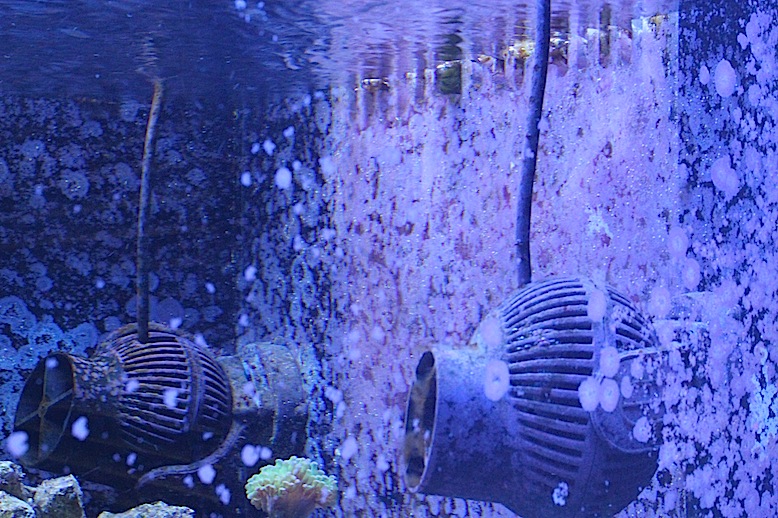 Fortunately, there are also very few drawbacks to the presence of coralline algae. Sure, it removes some coral building substances from the water (calcium, magnesium, etc.), but the typical notion is, “if you can get coralline to grow, the coral will grow too”. The biggest drawback, however, is also from an aesthetic standpoint. The algae grows indiscriminately on just about every surface of the aquarium, from pumps to rocks, to algae scrapers and tank walls. Most aquarium keepers just give in to the fast paced growth, often worrying only about the primary viewing pane so that the inhabitants of the aquarium are still visible at least. But some aquariums don’t just stop at keeping the front of the aquarium algae free. 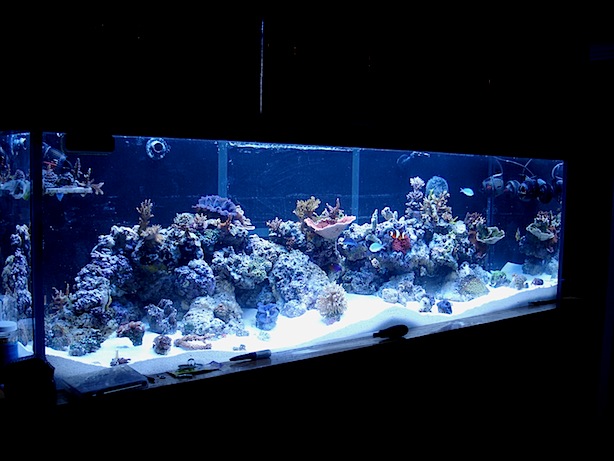 There’s currently a growing trend of modern aquariums in the hobby. Aquarium keepers are stepping away from the “as-natural-as-possible” look and embracing the artificial nature of the setup. This has allowed for some stunning reef aquaria to say the least, but the look does comes at a price..far more elbow grease. To keep the tanks looking clean, a fresh razor blade and magnetic algae scraper are must have tools. Fortunately, if you stay on top of the algae and scrape the tank with a magnetic cleaner regularly, the coralline will slowly grow and it’s far more manageable.

So, all of this bantering leads to one simple question: When it comes to coralline algae, do you grow it or scrape it?