Trending
You are at:Home»Aquarium Equipment»Coralline Clean Up Contest at 3reef 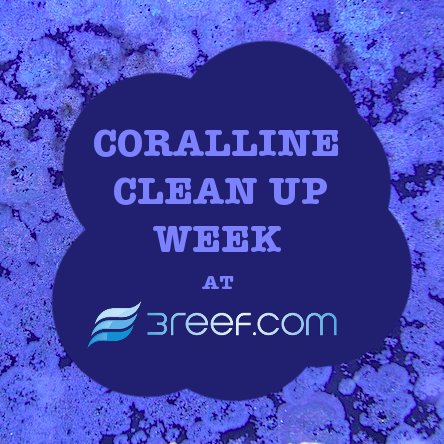 Did we mention we like aquarium contests? Well, the crew at 3reef are hosting one, but it’s not your standard “like us and get some free stuff” sort of giveaway. Instead, this one requires a little elbow grease. The popular aquarium forum is hosting a “Coralline Clean Up Contest” asking users to take before and after photos of their hard work and efforts to remove the encrusting coralline algae from the walls of their marine aquariums. The rules are simple: scrape coralline algae, take some pictures, and post them on the forum. The winners, of which there are two, will be judged on wow factor. Those with the most impressive before and after photos will each receive a Flipper Cleaner, a magnetic algae scraping device that’s been fitted with a coralline decimating razor blade. The contest starts today and runs until this Friday at 12pm PST.

Besides being big fans of contests in which free aquarium swag is given out, we also wanted to support this contest because that’s our picture being used! You might recognize the photo from our Grow It or Scrape It, Coralline Algae as a Nuisance or Aquarium Decor? article we posted last month. Of course, the 3reef admins asked for our permission to use the photo and we emphatically obliged. So, if you haven’t joined up with 3reef, you’re missing out on some great contests.