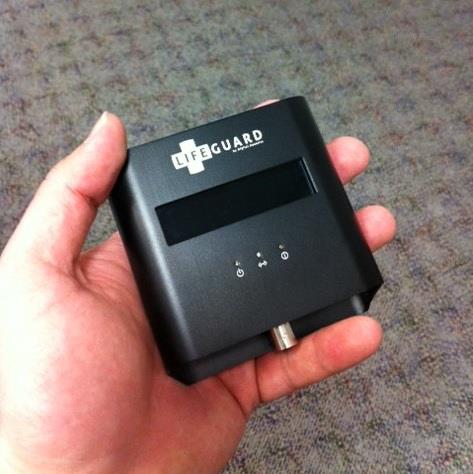 After teasing us with a somewhat revealing, yet image-free press release, Digital Aquatics has finally leaked a photograph of their much anticipated Lifeguard System over on their Facebook page. This device is obviously very simple in design, as it sports only a single port, a small screen, and a few LED indicator lights. Mirroring that simplistic look, the Lifeguard’s function is also straightforward since the device serves one general purpose…to warn aquarium keepers of impending doom. By monitoring pH, temperature, and water level, the DA Lifeguard System can communicate alerts to aquarium keepers when any one of the three parameters get out of line. Digital Aquatics chose these three parameters for one very specific reason, they can all be good indicators of a potential tank crash or some other related disaster. To communicate the alerts, the Lifeguard System has a built-in HTML5 based webserver that can be accessed by all sorts of portable devices, such as iPhones and iPads. It should be noted, however, that the Lifeguard System is not an aquarium controller. It’s merely a device to monitor the three aforementioned tank parameters and sound the alarm when things start heading south.

Besides the image and the previously released press statement, we don’t have a whole lot to go on. Fortunately, more will be unveiled at the Marine Aquarium Expo, which is right around the corner. The retail price on the DA Lifeguard System is $219 and Marine Depot will be taking pre-orders at a special introductory price of $199.