Trending
You are at:Home»General»Tanked Season 2 Starts Soon, Let’s Hope for the Best 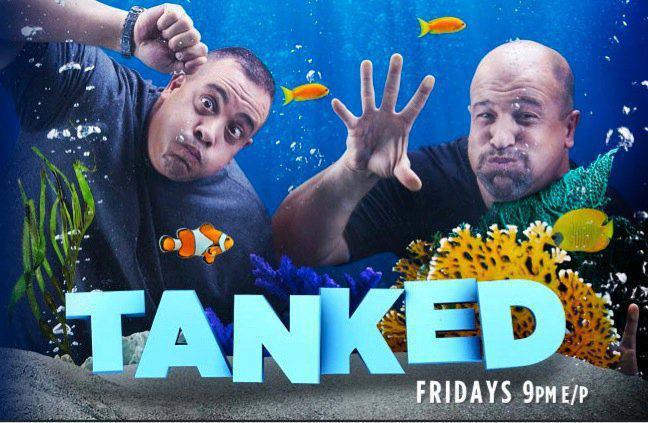 Animal Planet’s popular “Tanked” television show is gearing up for the official release of it’s second season, and while many aquarium hobbyists are excited about the new episodes centered around crazy aquarium builds, we cautiously await to see what exactly is in store. The first season was a smashing success for the most part, at least enough to justify a second season, but the show drew a great deal of critism from the aquarium community. I’d be lying if I said we weren’t part dishing out the negative comments and critisms as well, but with a new season comes a clean slate…sort of.

During the airing of the first season, Brett Raymer constantly stated that he and the rest of his crew at Acrylic Tank Manufacturing, the company that the show is centered around, didn’t have a single shred of creative control over how the episodes were cut and edited. He realized this made certain aspects of their husbandry seem like the completely wrong way of doing things, eventually promising that season two would be different. So, here’s your chance Brett. Prove to us and the rest of the aquarium world that you meant what you said. Show us that your company doesn’t just rely no snake oil chemicals to set up instantly cycled aquariums that are capable of going from 0-100 fish in a single day’s time. If we don’t see those things, hopefully there will be giant disclaimers posted at the beginning of the show and/or after the commercial breaks stating that what is portrayed on the show isn’t exactly how things are to be carried out by those working on their personal aquaria.

We aren’t holding our breath on season two, but this is ATM’s chance to go beyond simply entertaining and showing that they truly care for the welfare of the animals.