Trending
You are at:Home»Aquarium Equipment»Battle of the Bacteria: ZEOvit vs Prodibio vs Biopellets 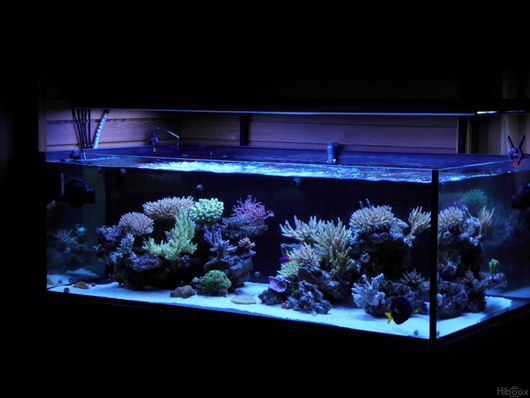 ZEOvit Dream Tank of the Quarter

There are tons of bacteria based products for saltwater aquarium use on the market these days, and with all of the fancy names and marketing ploys, wading through this sea of products can be a daunting and confusing task. Some products add live bacteria to the aquarium, others serve as a food source, and some are entirely different. And while the majority of these products, or combination of products, performs a simple function (e.g. adding and feeding bacteria), there are certain risks if things are done the wrong way. Fortunately, plenty of reef keepers have traveled down these paths before and have lent their experience to the online aquarium community. And to help shine our own light on the topic, we are going to discuss the differences between three popular bacteria filtration method: ZEOvit, Prodibio, and Biopellets. We have used each of these three systems with varied success, and hope our experimenting helps others. 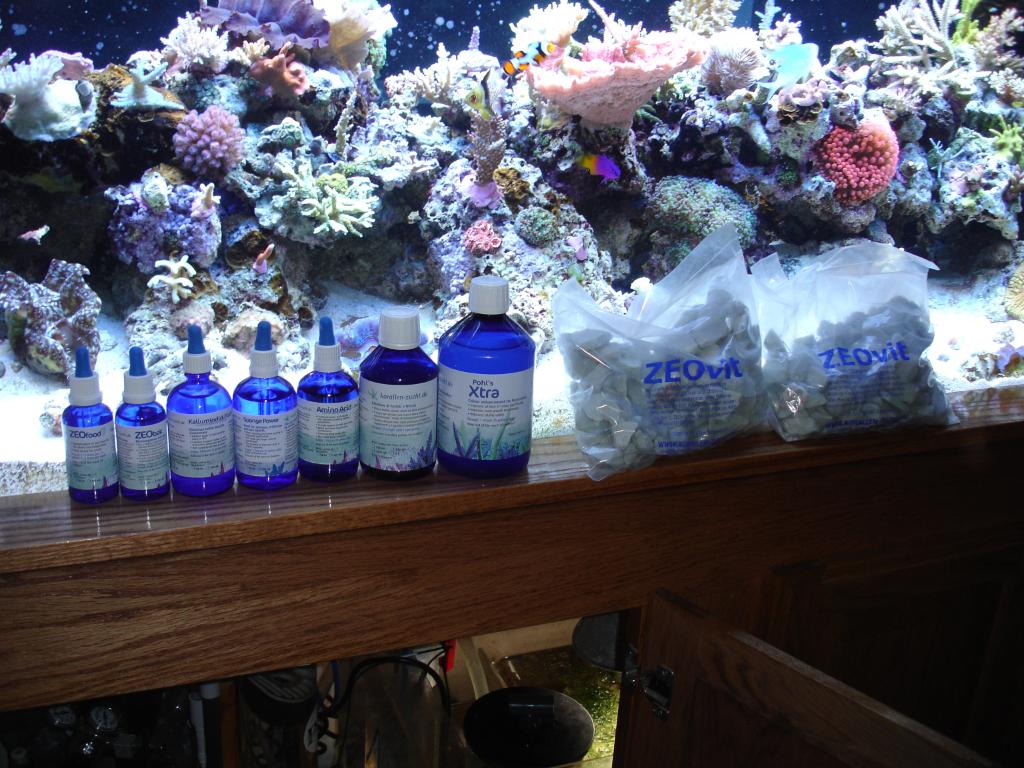 The first product up on our list is ZEOvit, a popular dosing regimen that involves live bacteria, a liquid carbon source, and a plethora of other additives that reduce nutrients and bring out specific colors in corals. We first tried this dosing system a few years ago, and in our experience, ZEOvit is far more involved than Prodibio or Biopellets. It requires daily and weekly dosing of different additives, along with regular testing of several water parameters, and pristine water conditions brought about by regular water changes…all of which can be quite expensive.

Besides being the priciest of the three dosing systems, Zeovit also has the greatest amount of risk. The water parameters are drastically changed in a short period of time, and the corals seem to become more delicate in their low nutrient environment. Because of this, the effects of minor swings in water parameters can be greatly magnified. Those risks, however, are well worth it.

While ZEOvit may be cost prohibitive, and somewhat risky and time consuming, it also has the greatest positive impact on your reef. Within a few weeks of dosing, the aquarium will look cleaner than before, and the color of the corals will really start to pop. As the months progress, the corals will take on a pastel appearance, with polyps extending significantly more and growth rates faster than ever. Eventually, Phosphate levels will quickly drop to near zero and nuisance algae will vanish. Of course, to achieve these results, the user needs to follow the dosing recommendations and talk with more experienced ZEOheads. 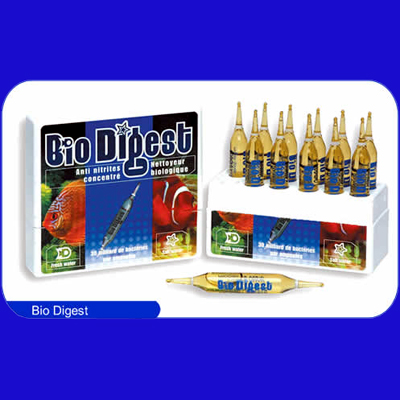 The next bacteria additive on the chopping block is Prodibio. This product first came to my attention when I started working at a local fish store. We were having an outbreak of an unidentifiable pink, fuzzy algae that seemed to defy our best efforts at eradicating it. We tried water change after water change, a wide variety of algae eating invertebrates, and even tearing the system completely down for a brief time. No matter what we did, the algae came back, and with a vengance each time. A friend and frequent customer suggested by try Prodibio. Not being familiar with this product, we researched it thoroughly and decided what the heck, why not.

We got our package of Prodibio and went after the aggressive algae. We followed the instructions almost to a “t”, and within a couple of months of dosing, we started to see results. It should be noted that the Prodibio system takes a while before it starts having any kind of noticeable impact. After the initial dose of bacteria, it is not recommended to dose again for another couple of weeks. So, after a few dosings, the algae started to make a retreat. We kept up with water changes and left the invertebrates in the tank to eat what they could. Eventually, the tank became algae free, and we have the Prodibio to thank for that.

Because of the success we had at the fish store, I adopted this dosing scheme at home as well. I can say with confidence that the results of the Prodibio system weren’t anywhere near as dramatic as those I saw with ZEOvit, but the water was still noticeably clearer and nuisance algae was almost non-existent. The corals didn’t seem to respond one way or another to this dosing, but overall things did look somewhat better, at least enough to continue the dosing long term.

The Prodibio dosing system is a simple one. There are essentially two products for nutrient reduction: a live bacteria (BioDigest) and a liquid carbon source (Bioptim). There is one additional product, a coral food (called Reef Booster), that is suggested to be used after several weeks of running Prodibio. This coral food is important because the Prodibio system strips the water of nitrate and phosphate, which corals do rely on as a source of nutrition. All of the Prodibio additives come in a glass ampoule, which can be dangerous to break apart, but dosing is still quite simple. It is recommended to dose just each of the products just once every two weeks, give or take depending on the aquarium size.

The price for this dosing regimen isn’t too bad either, and given the fact that the dosing requirements are so little, you can really stretch these out. And, if you have a giant aquarium, Prodibio has some big boy ampoules so you don’t have to dose a ton of smaller ones. 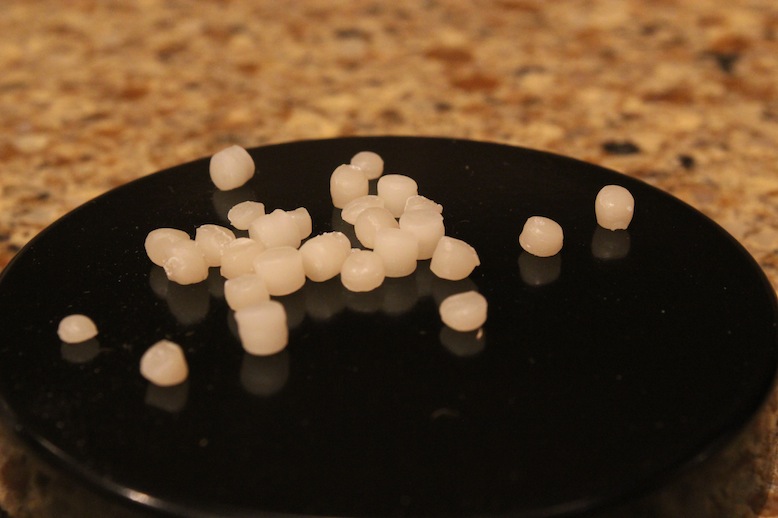 Biopellets, or solid carbon dosing, aren’t new by any stretch of the imagination, but they have seen a recent surge in popularity among saltwater aquarium keepers, and product manufacturers are designing new products around the pellets each and every day. We first started using Biopellets on our aquarium when Bashsea sent us one of their prototype PM-1 pellet tumbling reactors for a review. The pellets were placed in the reactor and we went to town. We followed the dosing instructions, and within 15 minutes, we were in full biopellet mode.

Since we started using this media, we have noticed a big drop in phosphate. This has led to increased coral growth rates and less algae in the aquarium, but one of the side affects is a bloom in cyanobacteria. We do have some of the purple slime in a few low flow places, but all in all, the aquarium has benefited greatly from our use of biopellets. Prior to starting this media, our tank had a great deal of dinoflagellates, which couldn’t be touched by water changes or lights out treatments. The biopellets, on the other hand, did a great job knocking back the dinos.

It should be noted at this point, that unlike ZEOvit or Prodibio, biopellets are not a source of bacteria. Instead, they are merely a source of food for existing bacteria populations. Additionally, both ZEOvit and Prodibio can be used in conjunction with the pellets. I would be hesitant to run both ZEO and the pellets simultaneously, but there’s no issue with running the pellets with Prodibio. In fact, it is recommended that users add live bacteria to the aquarium while they are using biopellets, just so that the population remains diversified. In terms of function, the pellet media is simple. It’s a solid plastic material that is biodegradable, and as it dissolves it feeds bacteria already in the aquarium. The elevated bacteria populations are then able to better handle large influxes in ammonia, nitrite, nitrate, and phosphate. This allows the tank to be more stable, and algae won’t stand much of a chance.

This wonder media isn’t without its risks, however. While the potential for problems is low, improper use of the pellets can lead to a massive tank disaster. Because the pellets cause rapid bacterial growth, oxygen levels in the water can become rapidly depleted. On top of that, clumping of the media can create anaerobic areas where harmful toxins are produced. But, if you follow the recommended dosage and keep the pellets free from clumping, there should be very little issue. As far as price and maintenance costs are concerned, the initial cost of setting up a biopellet reactor isn’t too bad. Reactors can be inexpensive, and the pellets themselves last for a very long time before needing to be replaced.

There you have it. Those are our verdicts on the top three bacteria based nutrient reducing methods. All three systems work, but it all boils down to how much you want to spend, how much time you want to dedicated, and how much risk you are willing to take for good results.