Trending
You are at:Home»Aquarium Food»Feeding Live Blackworms to Marine Fish 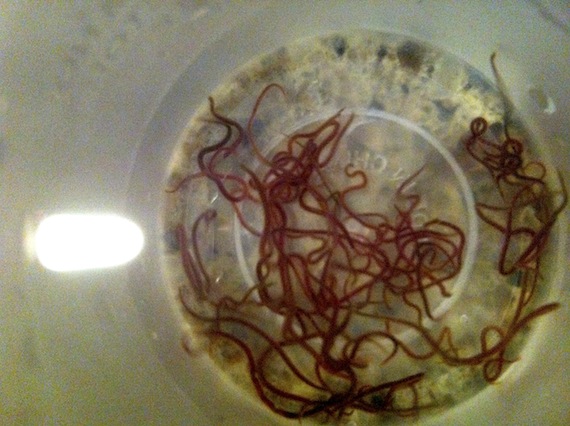 When I first acquired the Rose Island Basslet (Pseudoplesiops rosae), my primary concern was feeding the fish since it disappeared into the rock structure and came out so infrequently. I tried numerous things to entice it out of hiding, but since the fish is already a notoriously shy species and there are more aggressive feeders in the aquarium, it seemed like there was little hope. Fortunately, I found something the basslet really seemed to enjoy…large mysis shrimp. This spurred the fish into being a little more active, but it was still not as active a feeder as I hoped. Then I thought to try something a bit more extreme. Recalling a video by renowned fish breeder, Matt Pedersen, I decided to give live blackworms a shot.

Blackworms have been a staple in feeding freshwater fish for years, especially for aquarium keepers who were trying their hand a breeding. The live, wriggling worms incite the predatory response of most fish, which is obviously a good thing for finicky feeders and healthy fish alike. Even though the worms aren’t well traveled in the saltwater world, i figured they couldn’t hurt.

Tracking down the worms wasn’t exactly easy. There’s a select few online sources that carries them, and even fewer local retailers. Fortunately, my closest local fish store, Super Pet World, was able to order some in with their regular freshwater order and I got my blackworms within a couple of days of requesting them. The smallest size that could have been ordered was 1/4 pound, which may not seem like a whole lot, but we’re talking about some tiny worms here. The worms came packaged in a large bag of chilled freshwater, which quickly got dumped into a large piece of tupperware at home. Needless to say, my wife wasn’t too happy, but the fish sure were. 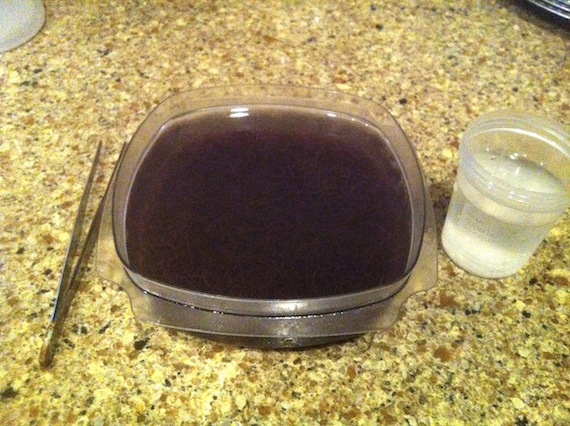 The first feeding didn’t go too well. I tossed a pinch of worms into a small cup of RO/DI water and proceeded to squirt them into the aquarium with a turkey baster. Placing the worms into RO/DI water is pretty crucial, I think, as it really gets the worms wriggling prior to tossing them into the aquarium. Once they are introduced into the saltwater, however, they don’t last long. They still move and wriggle about in the water current, but they quickly die. The fish didn’t respond too well during the first feeding. The Rose Island Basslet didn’t budge from its hiding spot and the Kole Tang (normally a very aggressive feeder) turned its nose up to the new food. My yellow watchman goby was pretty aggressive, but that’s about the extent of the event. Fortunately, the second feeding would go far better.

The second time I fed live blackworms, the basslet acted like it couldn’t get enough. The bright red fish was darting in an out of rocks and popping out into open water to aggressively eat. Even the corals got in on the action. A few of the LPS coral managed to snag a few worms as they drifted by, prompting more of a feeding response out of them. It goes without saying that I was pleased with the results and happy that the worms were being eaten instead of dying in the water and contributing to the nutrient load.

At this point, I’ve had limited feedings with the live blackworms, but the response thus far has been great. I recommend shutting down water pumps in the tank when feeding, and to release a big clump at a single location rather than sprinkling the worms all over. The fish will come to the worms and feed aggressively.