Trending
You are at:Home»Aquarium Livestock»The Lightning Maroon Clown Has Spawned 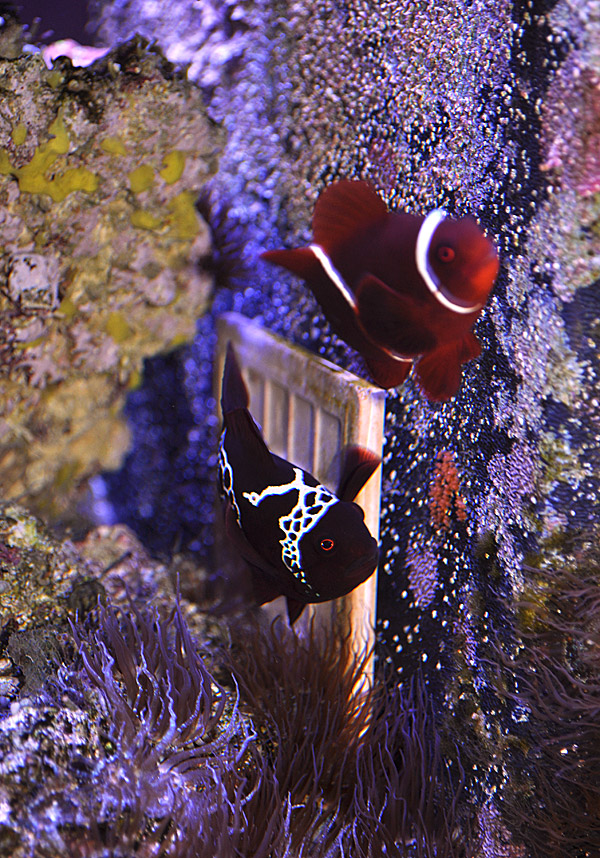 A couple of years ago, a particularly unique Maroon clownfish (Premnas biaculeatus) from Papua New Guinea made a big splash in the aquarium trade. This wildly patterned clown eventually became known as the Lightning Maroon Clownfish, and Matthew Pedersen was hand selected to try his hand at breeding the extremely rare fish in hopes of recreating its amazing patterns. Matt was already an accomplished breeder well known for his success with the Harlequin Filefish, and we’re happy to announce today that he can add another notch to his bedpost, err, aquarium stand. In the wee morning hours of May 9th (today), Matt announced on his Lightning Maroon Clownfish Blog that after two years, the lightning maroon clownfish had successfully mated with a male clownfish (also from PNG) and the two were tending to a small clutch of eggs. Unfortunately, the eggs were not laid on the piece of tile that was placed in the aquarium, which would have been removed when the babies were ready to hatch, so we’re not sure how successful this first clutch will be. Typically, the first couple of spawnings aren’t successful anyways, as the eggs aren’t of the best quality. So we’re hoping the fish get after it again, make sure to hit the piece of tile next time. And as always, we’ll continue to watch this story for updates.

A video can be seen after the break.