Trending
You are at:Home»General»Octopus Hitches a Ride on a Dolphin, Acrobatics Ensue 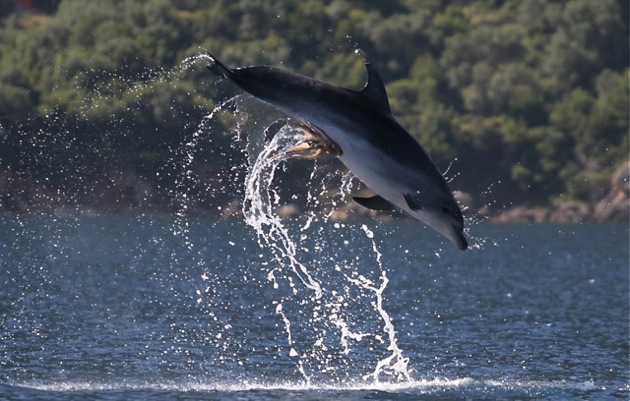 We have to admit, the first thing that came to mind when we came across this story was the giant squid thingy in the Prometheus movie, which was awesome regardless of what some people may say. Unlike the movie, however, this cephalopod isn’t bursting out of anything or leaving a trail of destruction in its wake. Instead, the octopus is hitching a rid on a dolphin and presumably is getting a bit more than it bargained for. According to Joan Gonzalvo of the Ionian Dolphin Project, the dolphin may have been trying to attack the octopus for food, but the crafty cephalopod was able to sidestep at the last minute and grab hold of the dolphin as it passed by.

The strategy used by the octopus was to attach to the least dangerous part of the body where the dolphin couldn’t reach. The dolphin, either determined to make a meal of the octopus or not wanting to look like an idiot with an octopus attached to its stomach, breached multiple times in an effort to shake the cephalopod loose, which was eventually met with success. After ditching the unwanted guest, the dolphin rejoined its small pod and went on its way, perhaps with a few undesirable hickies.

Story and images found on GrindTV.