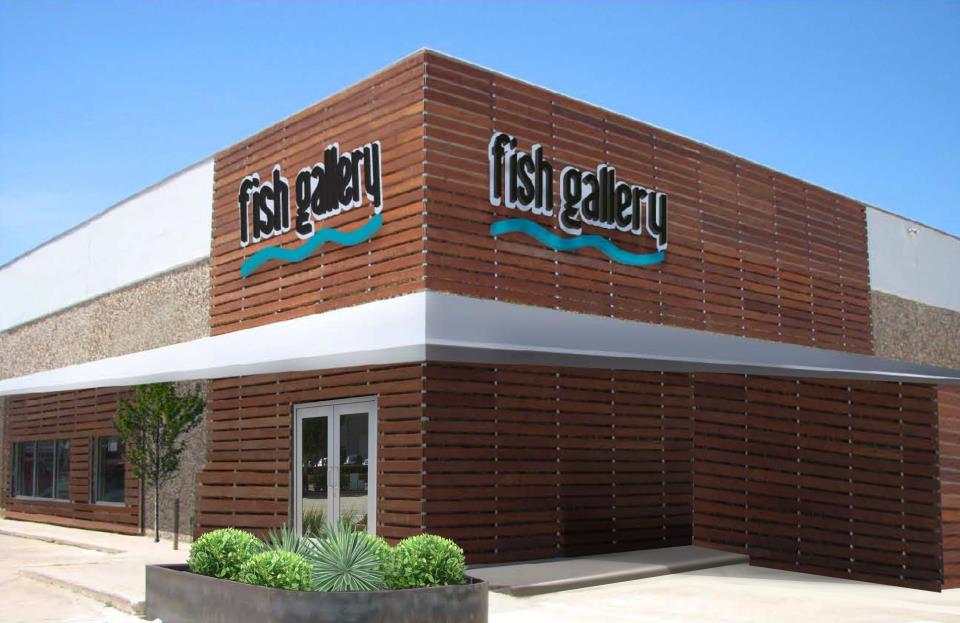 Our pals at Fish Gallery are expanding their influence over the Texas aquarium keeping scene with a brand new, swanky looking storefront that’s headed to the wildly popular and quickly growing Austin area. With a couple of locations already being very successful in both Houston and Dallas, and installation hubs in San Antonio, McAllen, Denver (Colorado), and even Mexico, an Austin location store just seems to make perfect sense. Though it won’t be open until December, the new store will surely keep with the theme of the other stores, likely featuring the same high end look and feel that’s made Houston and Dallas so successful in their respective service areas.

According to digital schematics of the store, found on the Fish Gallery Facebook Page, the store will be sizable and will feature over 100 aquariums. Several display aquariums will also be very likely as permanent fixtures at the store, and a giant showroom will display all of the sweet aquariums that Fish Gallery has built with their subsidiary aquarium builder, Acrylic and Glass Exhibits. These will of course be divided into freshwater and saltwater sections, providing Austin residents with choices of planted aquariums, freshwater fish, corals, and saltwater livestock.

So Austin residents, be on the lookout for a new store at the end of this year.