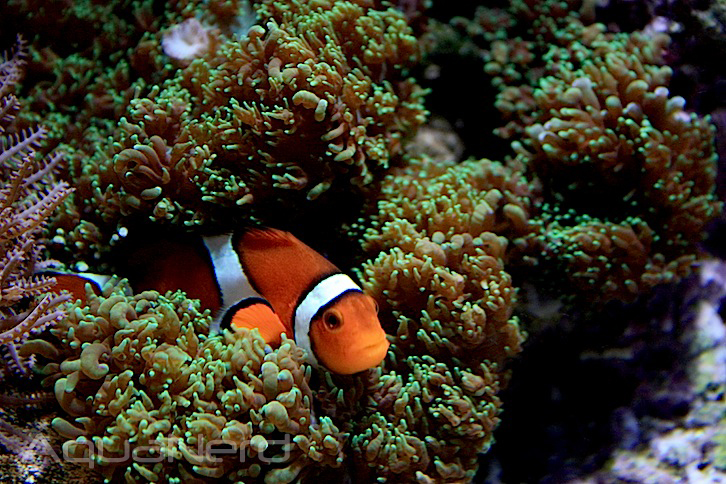 According to a recent Grind TV article, the Center for Biological Diversity filed a petition earlier this week with the National Marine Fisheries Service to list “orange clownfish” and seven other reef fish on the Endangered Species Act. The move comes mostly in response to man-made environmental issues, with a brunt of the concern being laid on ocean acidification, but the aquarium trade is also shouldering some of the blame. Ocean acidification, a byproduct of carbon pollution that drives down oceanic pH, is a major issue for reefs as it causes all sorts of issues such as slowing and/or preventing coral calcification, causing fish and invertebrates to develop improperly, and driving down biodiversity.

Needless to say, ocean acidification is a serious issue, and the guys at the Center for Biological Diversity are geniuses for tying it to the “Finding Nemo” movie. Their whole stance is that the fish from the wildly popular children’s movie will be wiped out if global warming and carbon pollution aren’t stopped. And by tying the issue to the movie, it will get more people to pay attention, including a larger audience of people who normally wouldn’t talk about these issues.

As for the other threatened fish on the petition, the list include the yellowtail damselfish, the Hawaiian dascyllus and blue-eye damselfish, the black-axil chromis, Dick’s damselfish, reticulated damselfish, and the blue-green damselfish. All of these damsels are found in either local waters or waters of U.S. territories in the Indo-Pacific (e.g. American Samoa).

While the acidification argument is certainly a valid one, the anti-aquarium argument doesn’t have near as sturdy a foundation. Clownfish, especially those of the “Nemo” variety, are overwhelmingly produced by fish breeders. Some wild clowns are still collected, but a huge number of fish are born and raised right here in the US. Where the anti-aquarium argument does have some validity is regarding the damselfish. The aquarium trade does import damsels in huge numbers, and despite their hardiness, they are not bred in captivity like clownfish.