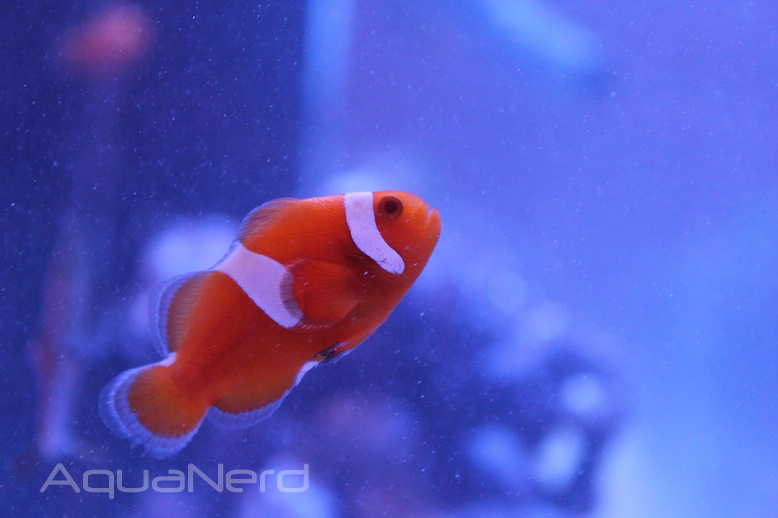 Last year, Proaquatix unveiled their Tangerine clownfish to aquarium world, and this year they’re showing off just how cool these albinos can get. While the few Tangerine ocellaris showed at MACNA 2011 had normal looking bars (minus the dark pigmented outlines of course), several of them at this year’s Proaquatix booth are misbarred. The misbarring isn’t too dramatic on any of the fish, but the middle stripe is broken and the tail stripe is almost completely missing in some of the fish. Seeing this obviously leads us to think that this albino clownfish is capable of so much more, and it would be interesting to see some naked Tangerines or even Picasso Tangerines if that’s what the breeders at Proaquatix are aiming for.

We realize that there’s nothing groundbreaking about misbarred clownfish these days, but it’s still exciting to see new fish coming from varied sources. And with the tangerine, it’s like a whole other color to play with. Instead of being limited the standard orange and black clowns that have permeated this hobby, we’ll get to see some crazily patterned albinos at some point because even if Proaquatix doesn’t pursue that, you know someone somewhere will.