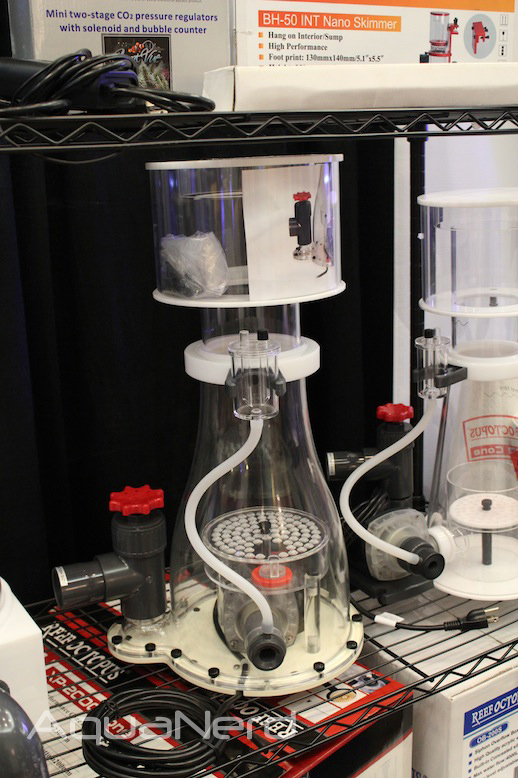 While chatting it up with the CoralVue gang last night during the show prep, I couldn’t help but notice a protein skimmer on their shelf that I’d never seen before. So, I casually walked up to it, gave it a quick look over, and grilled the CoralVue reps all about it. Unfortunately, I couldn’t ask many questions because everyone was still setting up the booths and adding corals to tanks, but I was told that it’s brand new and they literally just got it hours before the show. Called the “ikstrakt” protein skimmer, the feature set isn’t all that different from other Super Reef Octopus skimmers. However, it’s got one major feature found on higher end products that makes it stand out among fellow SRO products.

The ikstrakt, as you can tell from the image above, has a different cone shape than we’re used to seeing with Octopus skimmers. It’s shape reminds us of the newest generation of Bubble King skimmers, but obviously without the price. Instead of the cone getting narrower in a linear fashion, it curves and bends ever so gently as you travel up the body. This not only increases dwell time within the skimmer’s body, but it also makes the base plate large enough so that the needle wheel pump can be placed inside the body, thereby saving valuable real estate. 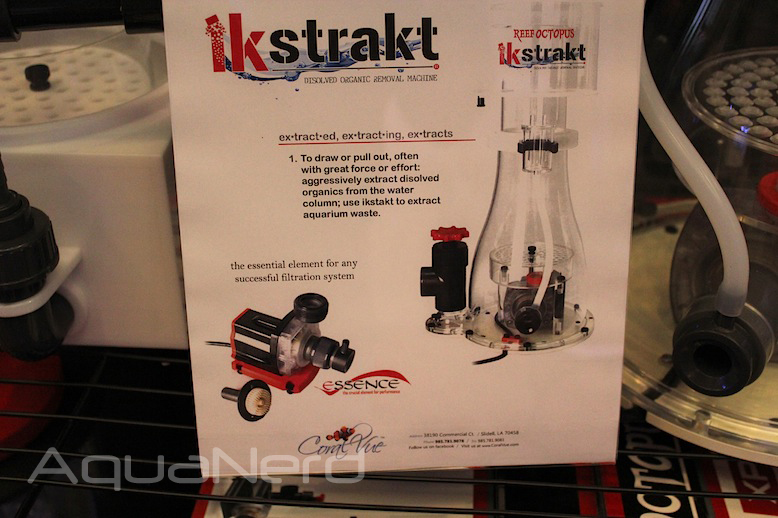 There’s no word yet on the price of this new skimmer, how many models it will come in, or when it will be available, but we’ll obviously be on the hunt for those details and will post them as soon as we find out.