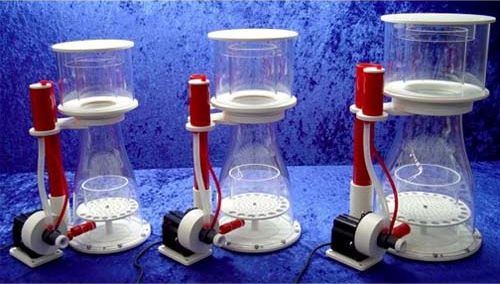 Nope, these aren’t the Royal Exclusiv Vertex Alpha cone skimmers that have been on the market for a couple of years. Instead, these are Bubble King branded cones complete with a double cone, mini Red Dragon pump, and titanium screws throughout. This new skimmer also features a much softer looking cone shape that has more of a curvature than other traditional cones. This design, coupled with a cone over the bubble plate, is supposed to lend itself to greater efficiency.

These cone skimmers aren’t quite available, with the exception of pre-orders, but should be in a couple of weeks.