Trending
You are at:Home»Aquarium Equipment»Deep Sea Aquatics Dual Level Aquarium is a Display and Frag Tank All in One 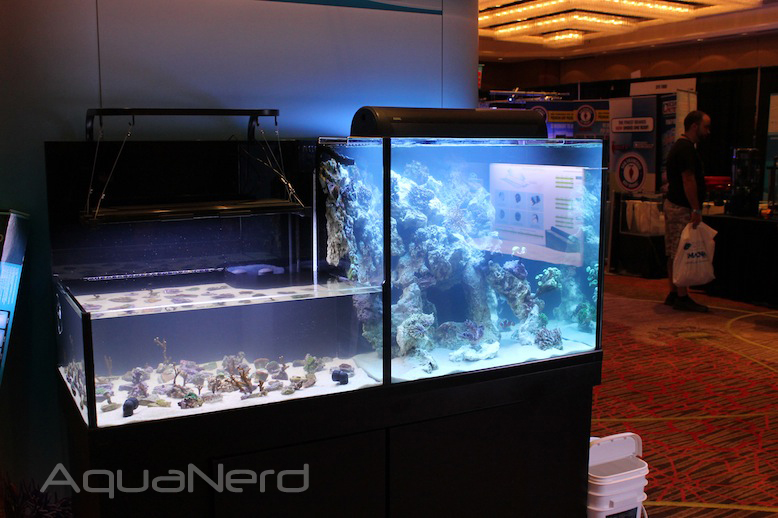 A few days ago, we showed off the very cool dropoff tank from Acrylic and Glass Exhibits that was on display at MACNA, and while that tank wasn’t something you see everyday, it wasn’t the only unique tank at the conference. It just so happens that the guys at Deep Sea Aquatics showed off their own dual level aquarium, but instead of acting as single display with multiple levels, theirs was more of a 2-in-1 setup. The yet to be named DSA tank actually acts as both a display aquarium and a frag tank, with water flowing from the display section to the frag growout area through an ingenious overflow system. 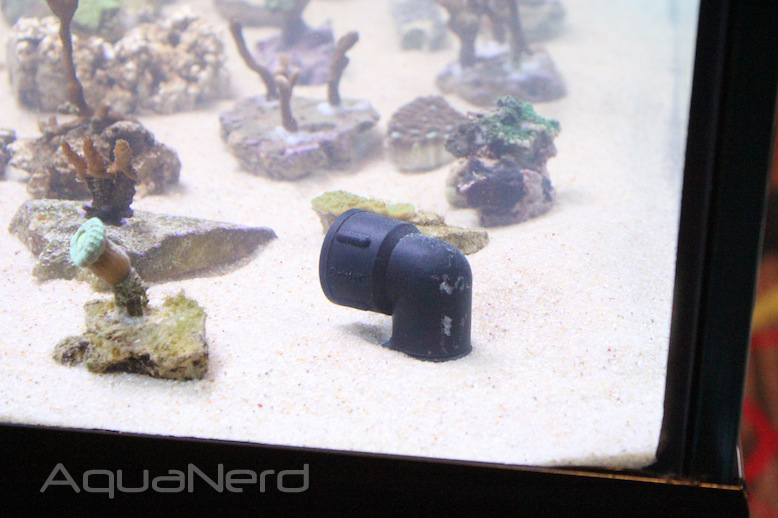 As the display tank fills with water from the sump, the overflow in that half of tank uses gravity and pressure to push water through the plumbing and the return outlets placed along the bottom toward the front of the frag tank. The water comes out as a gentle yet sufficient current that keeps the water’s surface in the frag tank calm, making it perfect for a lookdown aquarium. As the frag tank gets full, the water then spills over another overflow box, which drains directly into the sump. The return pump then pushes water back to the display tank. We’d also like to point out that while the water flow in the frag area is gentle, there are still small eddies that formed at the surface, indicating that there was at least some decent water flow through that section.

Interestingly, this design is very similar (in fact almost identical) t0 something that we built at a local fish store that I worked at several years ago. In our tank, which was acrylic, the display filled from the sump and overflowed directly into the adjoining frag/lookdown aquarium by traveling down a ramp-like structure that kept the surface rippling to a minimum. The DSA design is far superior to the tank we made, in both design and function, but at the time our customers thought it was just the coolest thing.