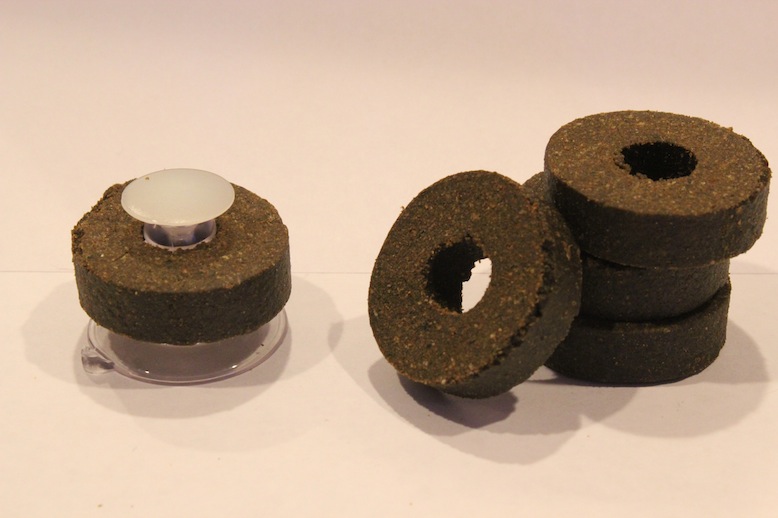 We caught up with the gang at New Era Aquaculture while walking the vendor hall at MACNA, and in our conversations about their popular food products, we were told that the Mini MarineGrazer would be getting smaller companion. After getting feedback from end users, New Era decided that the current Mini MarineGrazer was just too big for the casual hobbyist. The fish would pick at the feeding ring without issue, but because most aquariums have limited fish numbers, a big chunk of the grazer was not getting eaten. Because of this, the ring would become soggy over time and fall apart, and large pieces would be left to break down in the water.

This new MarineGrazer isn’t quite available to everyone just yet, but from the sound of it, its release isn’t too far in the future. Additionally, no solid release date was given, but due the fact that it’s just fish food and not aquarium equipment, the release date shouldn’t be too far along.