Trending
You are at:Home»Aquarium Equipment»Saying Goodbye to the Reef That Could Have Been 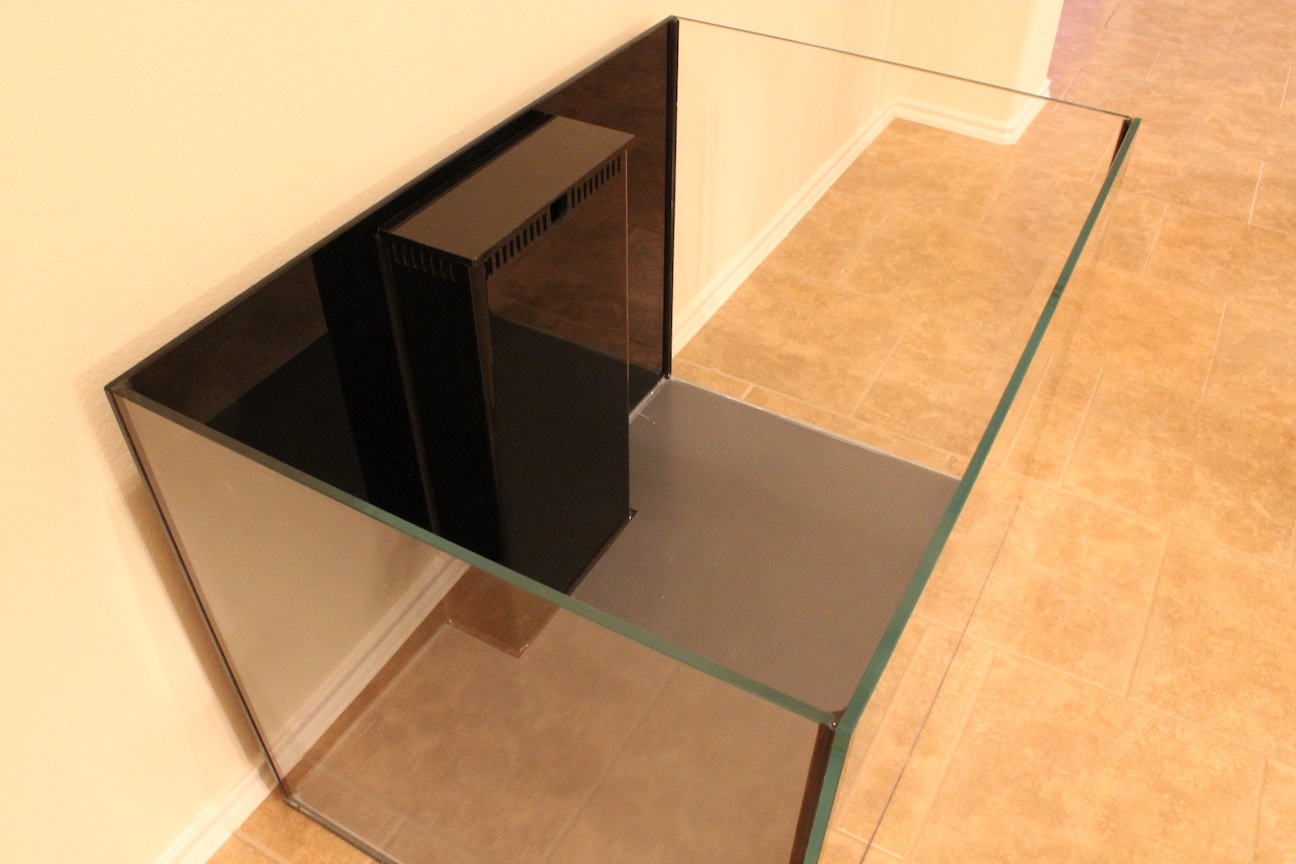 As some of you may have gathered from my posts on Facebook and elsewhere, I am in the middle of selling my home and moving into a new space. This moving process is going to be a very long one, as the new home won’t be available until February or March. And because not every potential buyer has the same taste in hobbies that I do (not everyone’s perfect), the handful of tanks that are in my possession have to go in one way or another. This means either selling them or temporarily relocating them to another location, neither of which is fun. Regardless, we’re quite excited with the prospect of an ever bigger aquarium build at the new place, so there are multiple reasons the setups have to go. And with the sale of the first tank, a 90-gallon AGE rimless setup pictured above, it makes me think about all of the opportunities I missed out on with this tank.

I purchased the tank from the local Fish Gallery. It was made by Acrylic and Glass Exhibits, and I was very happy with the build quality. Unfortunately, as it was being set up, time and money became a quick issue. This was mostly brought on by the birth of my first child, and it seemed like all of my tank activities took a backseat to life. That said, I still gathered equipment and supplies, and the idea was that this was going to be my defining moment in aquarium keeping. Before, I had kept a wide variety of tanks from desktop picos to 180-gallon behemoths. I learned something valuable from each of those tanks, and this one was going to my my best yet. The tank was stylish and modern, the stand was the perfect accent piece to the rest of the home, and I had lofty plans for rare livestock.

As the equipment piled up and I started gathering things like blue squamosa clams and ORA corals, there was one piece of equipment that held up progress. Because the tank had a small footprint (36″ x 24″), the sump had to be custom built. And being the ever indecisive reefkeeper that I am, it took months of planning to settle on a sump layout. But eventually the sump was obtained from a local source, and the only thing holding me up at that point was the return pump and plumbing. And since plumbing an aquarium is never fun, especially if you’re going for an ultra clean look, it was yet another holdup in the long and growing wait.

The plumbing was eventually started and mostly completed, then came the decision to move. And since a new aquarium build is in the works, this 90-gallon rimless was no longer needed and would only add to the headache of keeping multiple tanks. I say headache because work and family, and to a big extent this blog, take up just so much of my time, I really couldn’t handle having the frag tank, the 90-gallon rimless, the two nano aquariums, and the huge build. So, after well over a year of planning, gathering, and assembling, the tank that could have been is no more. It was sold just yesterday, and while I don’t regret the sale, I sure will miss that good looking tank.