Trending
You are at:Home»Aquarium Clubs»Houston, You Have a Reefkeeping Problem 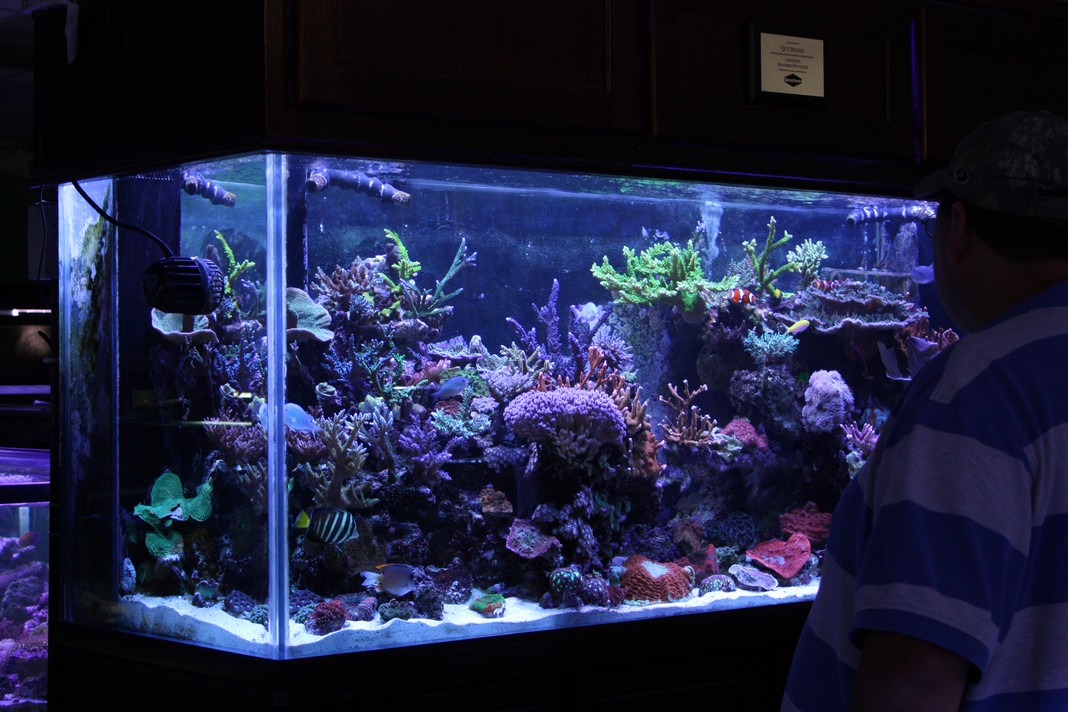 Display reef from one of the better stores in Houston, T&T Fish and Reef

Given the fact that Houston, Texas is one of the largest cities in the United States, has a huge and diverse population, and is located basically on the Gulf of Mexico with one of the busiest ports in the world, one would think that it would have a thriving marine aquarium scene. One might also assume that there would be well-stock and maintained fish stores all over the place, and perhaps even some sort of manufacturer or distributor here. Unfortunately, this is simply just not the case. While there are plenty of aquarium hobbyists within the city limits and its outlying suburbs, they seem to be a fractured group that just doesn’t seem to have the motivation to support the local club or local stores. So what gives Houston? Why is an area that should be teeming with marine aquarium keepers so anemic?

We think the aquarium scene is floundering in the Bayou City for a handful of reasons, and we don’t in any way blame the economy. In fact, the economy is probably the only thing holding this scene afloat, as the Houston area actually fared quite well through all of the economic turmoil of recent years. Instead, we blame the poor market on the lack of quality fish stores, the cheap nature of most of the hobbyists in the area, and a decline in the local aquarium club. We are sure there are many more reasons to the Houston aquarium hobby, but these are the ones with the greatest impact in our opinions. 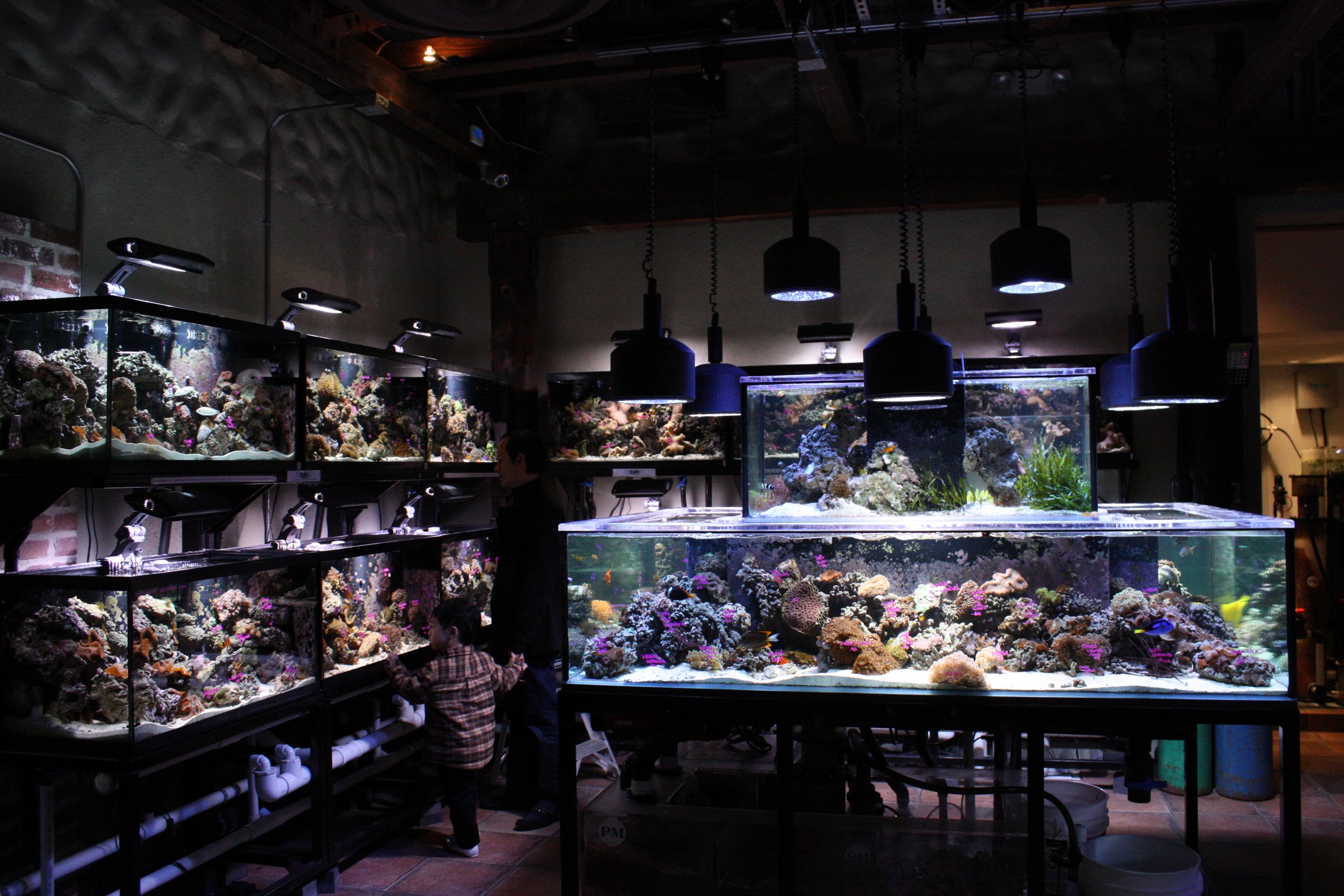 Houston Area Fish Stores
While Houston is massive in both size and population, there are only a few decent fish stores in the whole city. And even then they are almost all based in one quadrant of the sprawling metropolis. Southwest Houston has a pretty vibrant aquarium scene, comparatively, and it’s the go-to place for aquarists located all over. Southeast Houston used to have a decent offering of aquarium stores, but over time they just dwindled down to one. In the northern half of town, there are a few stores that service the nearby communities, but there’s really only one or two stores even worth mentioning. Obviously we are ignoring all of the Petco and Petsmart stores, as these are chain stores that do more harm than good, in our honest opinions, but that’s for another story.

To make the fish store situation worse, many of the owners and employees don’t get along with each other. It’s quite childish in fact, and when the stores should be helping each other out, they are constantly undercutting prices in order to steal a sale. This constant undercutting has lead to an aquarium scene that is fueled by the cheapest sale, causing many stores who can’t compete to shut down, which obviously decreases the diversity of fish and corals coming into the area.

Cheap Hobbyists in an Expensive Hobby
We might ruffle a few feathers with this statement, but aquarium hobbyists in Houston are, by and large, cheap. This statement obviously doesn’t apply to everyone, but in a city with tons of doctors, wealthy businessmen, and engineers, people just seem to nickle and dime everyone else to death, especially in the online community. We realize that every aquarium community is going to have its share of individuals who cannot afford to maintain their hobby and those that refuse to, but for some reason, Houston seems to have a rather large gathering of people who just don’t want to spend the money on quality equipment and livestock. Perhaps this mentality was brought on by the constant fish store undercutting, but it does no service to this hobby and it only stifles growth. This mentality also helps divide the already strained community, as hobbyists are constantly submitting low-ball offers, many of which are outright insulting, to hobbyists looking to sell their equipment or livestock. It’s no wonder that the stores can’t make it here when the target audience isn’t willing to spend the money. 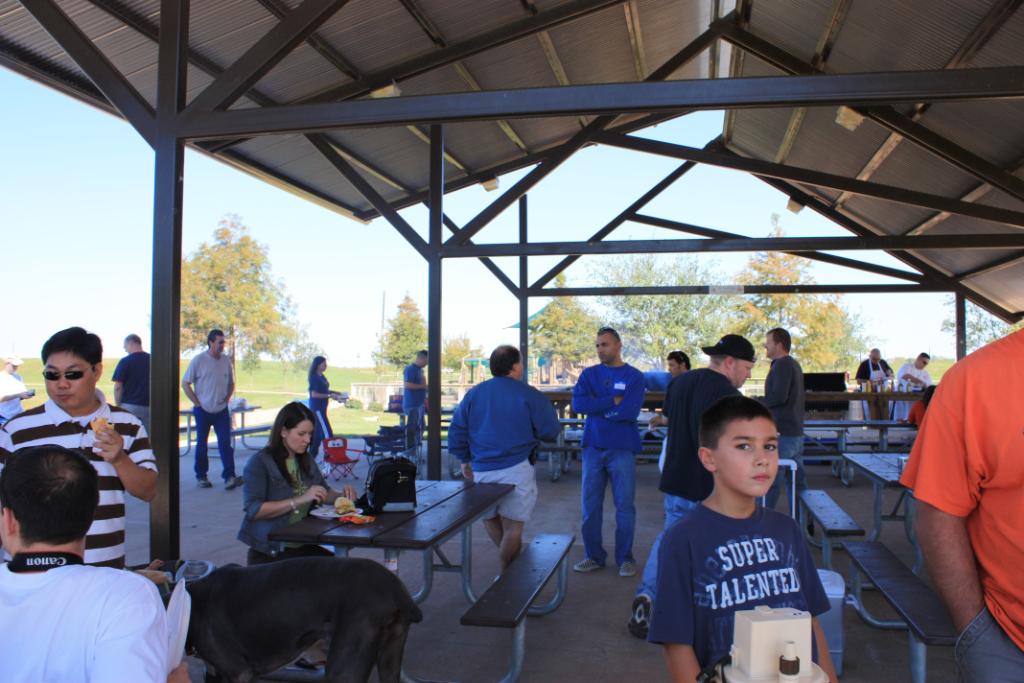 The Decline of the Local Aquarium Club
I’m not going to knock the local aquarium club because it has been a great tool for us throughout the years, but the club that brought MACNA to Houston is not that same club. Gone are the days of regular monthly meetings, and the scheduled events (which are actually well attened for the most part) are too few and far between. There’s no sense of community with the club. I remember knowing each and every person on the club by name and face, and not just a screen name. Unfortunately, most of the members that held the club together moved on, whether it be family or work, or whatever. Sure, there is some online interaction between current members, and the club has done some great things over the last couple of years, but it still seems like it’s not enough. Events get talked about over and over again, but nothing materializes. And with no regular meetings or new events to shake things up, the community has become stale.

On could easily argue that this is a result of poor leadership. But going back to the Houston hobbyist mentality, people aren’t going to show up to an event unless there’s something in it for them. The members don’t seem to support the community for the sake of supporting it. Case in point, Bob Fenner came to talk at a meeting a few years ago and maybe a dozen people showed up. Now, we all know Bob and his ability to draw and entertain a crowd. The event was on a Saturday, like most others, but people still didn’t show up. It really left people scratching their heads, and it was the last time a guest speaker was ever flown in to talk to the club. Since that meeting, local speakers (myself included) have talked to the club and there are rumblings that new guest speakers will be brought in, but at a time it almost seemed like the Houston hobbyists just didn’t care.

To get a sense of what an aquarium club with an active membership can get you, we suggest looking at the Dallas-Forth Worth Marine Aquarium Society. That club has a much smaller population to draw from, but they have far more members, great leadership, and annual events that always seem to be crowd pleasers. DFWMAS hosted MACNA last year and they have an annual NextWave Coral Farmers Market event. Houston is fully capable of that and more, but we need the people to step up at all levels.

Beside a rejuvenation of the aquarium club, we’re not sure what else it will take to get the Houston aquarium hobby to where it needs to be. Perhaps a spectacular fish store could pull the city out of the dirt and give the community the shot in the arm that it needs. Or maybe a handful of individuals can turn things around for us. I know we are trying whatever we can to help, but we need to find something the community can rally behind.