Trending
You are at:Home»General»How Not to Win a Fishing Tournament 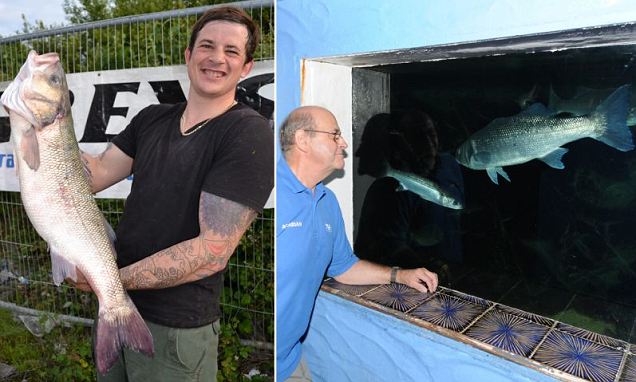 I guess some people are just a little desperate for money and attention. As reported on GrindTV Blog, a fisherman from the UK by the name of Matthew Clark won a fishing tournament with a 13-pound bass that he claimed he caught. The winnings totaled $1290 from the Bailiwick Bass Club Open Competition, and the man shared images of his impressive feat online. Unfortunately, that’s also the place where his tall tale unraveled. Another contestant from the tournament, Shane Bentley, recognized the fish from the St. Peter Port Aquarium where he and his family had recently seen it. Apparently the bass had very distinct markings on its head, which made it easy to identify.

The day after the photo was published, Shane went back to the aquarium to see if he could find the fish. After the fish couldn’t be located by him or the owner, contest organizers and the local police were contacted. When Clark caught wind that the police were involved, he panicked and sold the bass to a “fishmonger”, or someone who sells seafood. Police eventually caught up to the fish, matched the markings on its head, and arrested Clark, who later confessed to the crime. He was given 100 hours of community service and the equivalent of a two year probationary period.

The reason for the burglary, according to reports, stemmed from the fact that Clark owed the owner of the aquarium $2400. So, on the last day of the fishing tournament, Clark “scaled cliffs, climbed a rope ladder, and snuck into the aquarium through a back door”. Apparently he was pretty desperate.