Trending
You are at:Home»General»Nemo Found in the Depths of the Caribbean 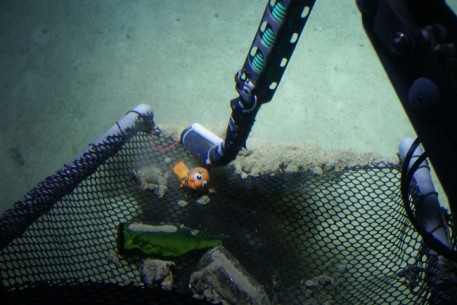 Here’s a little light fun to finish out the weekend. Posted over on Barry R. Brown’s website, Coral Reef Photos, a dive team packed into a submersible was doing a little pre-Christmas diving in the Caribbean when they encountered something they never thought they’d see, Nemo himself. And no, not the famous captain of the Nautilus, but a the clownfish that warmed our hearts in Disney’s Finding Nemo. Fortunately, the clown’s presence isn’t one to be too concerned about, as it was just a toy. The toy clownfish was found 960 feet down, along with other debris like a bottle that dates back to the late 1700′s, seven torpedos, a wheelbarrow full of bottles filled with rare shells, and tons of other stuff. The submersible team rescued Nemo from the depths and we assume that he is part of a random collection of dive artifacts somewhere in someone’s office. 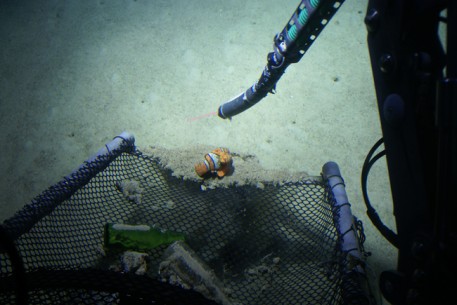