Trending
You are at:Home»General»Idaho Aquarium Accused of Illegal Fish Harvesting 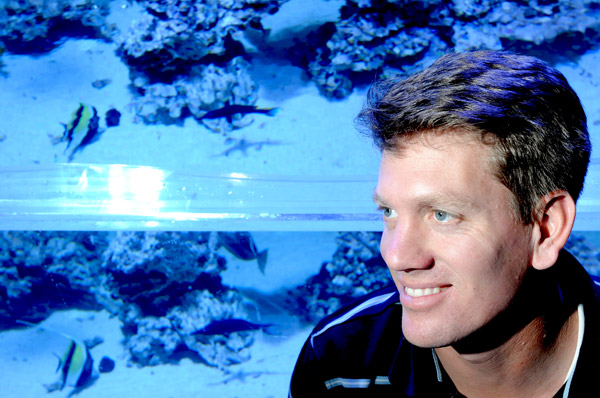 The owner of the Idaho Aquarium, Ammon Covino, and one of the aquarium’s directors, Christopher Conk, were both arrested last Thursday on charges that they conspired to illegally harvest marine animals from Florida in order to bring them back to the Boise-based aquarium exhibit. According to various news reports, Covino attempted to purchase eagle rays and lemon sharks (valued at $6300) from a individual in Florida who had acquired both illegally, which is a direct violation of the Lacey Act. Both Covino and Conk have been to an extradition hearing in the Idaho court system and are scheduled to appear in Florida courts on March 15th. For their crimes, the men face up to 20 years in prison and a million dollars in fines. In addition to the two men being indicted, the Idaho Aquarium was also indicted as a corporate entity.

According to the Lacey Act, which was signed into law in 1900, it is illegal to buy, sell, or trade any wildlife or plantlife that has been taken or sold illegally. And unfortunately for the men, neither can claim ignorance as a defense, as evidence has surfaced suggesting that they tried to keep things hidden from the proper authorities. Text messages have indicated that both Covino and Conk wanted to ignore the fact that the fish were not collected with the proper permits and tried to sneak the fish across states lines and into the Idaho aquarium. Becaue of their actions, the two are facing four counts of conspiracy to violate the act.

As an interesting side note, Christopher Conk was arrested in 2011 on charges that he sold and shipped live corals to buyers around the world without the proper permits. Conk pleaded guilty to smuggling, trafficking wildlife, and violating the Endangered Species Act. For those convictions, Conk received two years supervised probation and an undiscolosed amount in fines and court costs. To make his legal situation even worse, the former aquarium director was also arrested for a DUI in 2012.

But that’s not the whole story. We know it’s exhausting to follow, but it gets worse. Covino and business partners that include his brother opened the Portland Aquarium in December 2012 and they had big plans to open up an aquarium in Austin, TX. The recent indictments apparently do not involve the Portland Aquarium, but you better believe some federal agents will be showing up at that facility just to make sure there is no wrongdoing there as well. It’s not clear if the plans for the facility in Austin will proceed forward given Covino’s recent legal woes, but we’re pretty sure the aquarium won’t be built any time soon.