Trending
You are at:Home»Reef Conservation»Coral Reef in Thailand Destroyed for Sea Walking Tourists 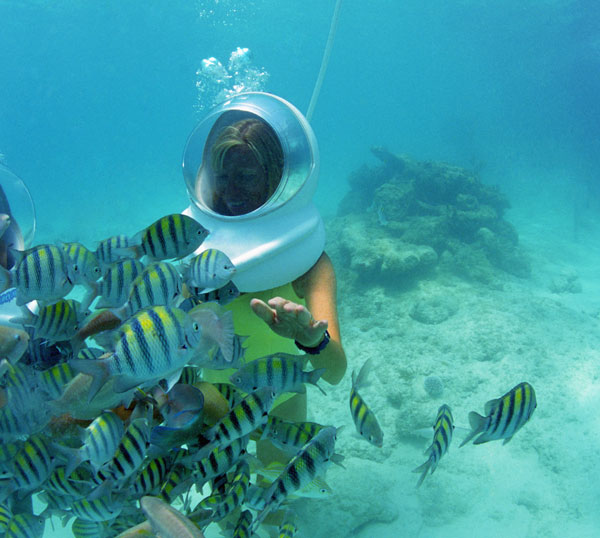 According to a recent article on Fish Channel, a reef located near Phuket, Thailand is being destroyed by a group of “sea gypsies” who were hired by a sea walking company to clear the area for development. Apparently, the company wanted to remove a vast amount of coral in order to create a flate surface on the seafloor so that tourists could go on sea walking tours. Marine biologists with the Phuket Marine Biological Centre presented various types of evidence to local authorities, including photographs and eyewitness reports, in an attempt to have the criminals brought to justice, but the police claimed there was nothing they could do as they did not physically witness the criminal activities.

A video of sea walkers in action can be seen at the end of this article.

One marine biologist, Dr. Nalinee Thongtham, claimed that more than 300 square meters of coral reef has been destroyed or removed at the reefs of of Khai Nai. Additionally, many of the fish and invertebrates native to the area showed up at the local fresh seafood markets to be sold as food items for the locals.

The underwater venture is exactly what it sounds like. Sea walking tourists wear weighted belts and a large helmet that supplies them with oxygen as they literally walk across the soft bottom of the seafloor. It is a popular tourist attraction in areas where shallow water reefs occur, and they usually feed the fish and harass all sorts of marine life as they leave a path of destruction through the oceans.